Sikhism as a religion evolved over a period, though early initiation to promote the same was done by Guru Nanak Dev. Among the eleven gurus in Sikh religion, Guru Harkishan Das was the eighth guru. He became Guru on 7th October, 1661. He succeeded his father Guru Hari Rai to become the eighth Guru in the series. 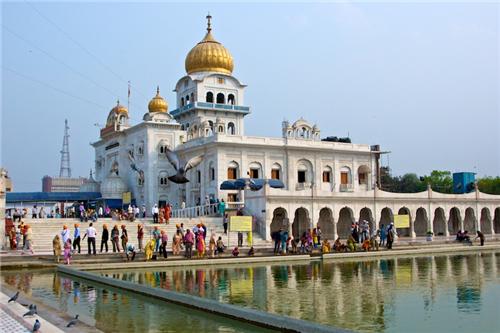 Amritsar which is considered to be the holiest city associated with Sikhism celebrates the occasion in a grand way. Devotees take bath in holy Sarovar in Golden Temple and seek blessings from Guru Harkrishan Das. Special teaching sessions are organized on the day and devotees seek blessings of the Guru while listening to his life s history and teachings.

Devotees make dedicated efforts to make the day special for everyone. Sweet water is distributed at key locations in every nook and corner of the city in which celebrations are being done. Devotees organize special camps on highways and fellow travellers are served sweet water. This tradition is in existence since long and in earlier times too Sikhs used to hold such camps to offer sweet water to travellers who commuted on foot. This tradition continues unabated and Sikhs follow the same on Guru Harkrishan Jayanti.