There was a Raja who used to give away 40 kgs of aanvla made of gold to the Brahmins every day and then only ate his food. One day his son objected to his generosity saying that they will be left with nothing if the Raja continued his charity.

The Raja felt very unhappy and along with his Rani left the palace to live in a jungle. A week passed by. As the Raja could not offer aanvla to the Brahmins, he did not eat. On seeing the plight of the Raja, the God was worried that the Raja might die without eating. That night he told the Raja in his dream to have his food assuring him that everything will be made alright. 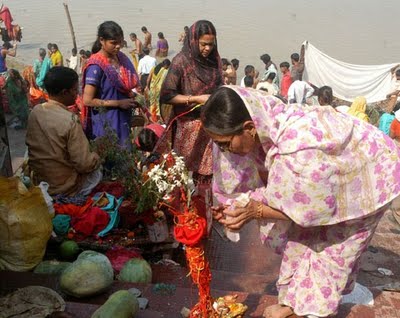 In the morning with the blessings of the God the Raja found lots of wealth and a tree of Aanvla with fruits made of gold. The Raja along with his Rani gave away the gold fruits to the Brahmins, performed the puja and took his meals.

The news about the generous Raja spread in the surrounding villages. In the meanwhile, the Raja s son and daughter-in-law had lost their kingdom and were very unhappy. After hearing about the generosity of the Raja, they came to him looking for some work. The Rani recognized them instantly but the son did not know that the generous Raja was his father. Rani told the ministers to employ them with high salary but instructed them to assign very little work to them.