One of the most important events during June/July is Amarnath Yatra to the Holy Pilgrimage. This is an annual event when thousands of Hindus from different corners of the Globe visit the Amarnath caves. The pilgrims trek from Pahalgam to these caves and worship the great ice Lingam.

Legend has it that Shiva recounted to Parvati the secret of creation in a cave in Amarnath. Unknow to them, a pair of mating doves eavesdropped on this conversation and having learned the secret, are reborn again and again, and have made the cave their eternal abode.Many pilgrims report seeing the doves-pair when they trek the arduous route to pay obeisance before the ice-lingam, the phallic symbol of Shiva . 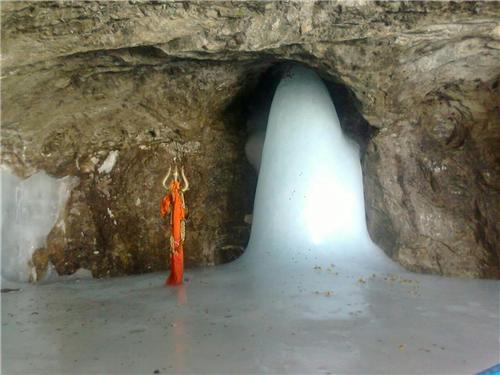 This is an event you certainly will talk about for the rest of your life. July is time for the annual Amarnath Yatra one of the most sacred and popular pilgrimages to the holy snow-clad cave shrine of Lord Shiva in the beautiful northern Indian state of Jammu & Kashmir. Of all Hindu pilgrimages, Amarnath situated at an altitude of 3,880 metres in the southern Kashmir Himalayas is considered one of the holiest. 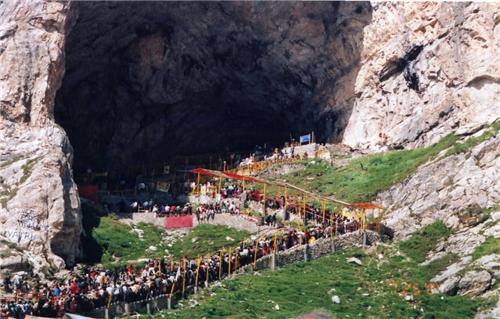 Darshan at the Holy Cave is generally open from early July (Ashad Purnima) to early August (Sharvan Purnima). Every year thousands of pilgrims for the darshan and pay homage to the naturally-formed ice Shiva Lingam at the holy cave shrine. Once the pilgrimage begins thousands of pilgrims set off daily from the base camp in Jammu to Amarnath. The yatra or pilgrimage is a major celebration and an auspicious ritual for the participators till the end of the season.