A town named Baneshwar is so named because of the deity associated with place. The sacred Shiva Linga is located in Mahadev temple here. The lord Shiva is worshipped in the form of Baneshwar Mahadev in the city. 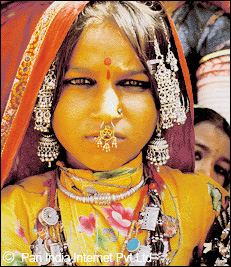 Shiva is also popularly known as Rudra or Mahesh and he is one of the Trimurti. Other two are lord Brahma and lord Vishnu, who are seen as the creator and preserver of the universe. While, lord Shiva is considered to be the destroyer. Shiva is believed to have a third eye on his forehead which opens at the time when he is said to be extremely angry and leads to destruction.
The devotees of Shiva are called Shaivas and the religious tradition is called Shaivism. We usually see Shiva linga in temple instead of pictures of Shiva. Whenever his pictures are seen, he is represented as immersed in deep meditation or dancing the Tandava. Siva linga is considered as the concentration of magnificent light and solidification in the upper part of the ling. The lower base of the structure represents the lamp and the upper section, the flame.

Jankunwari, the daughter-in-law of Mavji, highly reverted saint and also an incarnation of Lord Vishnu, built a temple of lord Vishnu. So, this day is also marked as the finishing day of the construction work. It is believed that two of Mavji’s disciple- Vaje and Aje, built the Lakshmi Narain temple near the meeting point of the two rivers, Mahi and Som.
Add comment
JComments