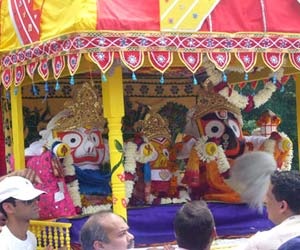 Bengal is land of many festivals and fairs. The famous saying in Bengali states that Bengal celebrates 13 festivals in 12 months. Bera Utsav is among the list of such popular festivals which attracts large number of crowds in the state. Bera Utsav is mainly celebrated on the bank of river Bhagirathi near the palace of nawabs in Murshidabad.

Murshidabad, one of the major cities of Bengal with glorious historical background holds a renowned position in the history of Bengal. The city is named after Nawab Murshid Quli Khan whose main political seat was at Murshidabad. The district holds the honor of organizing the famous Bera Utsav every year at Lal Bagh on the bank of river Bhagirathi near the historic palace. The festival is observed with magnificence celebration and splendor. 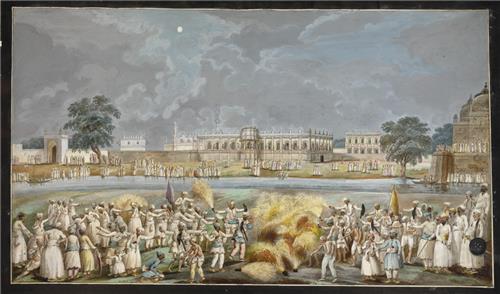 Source
The major attraction of the Bera Utsav is splendid fire works on the bank of river Bhagirathi near the palace. The multi-hued fire works of different types and sizes add to the jauntiness of the festival. The festival is the major tourist attraction for distant places in the country.

The festival of Bera Utsav is observed every year on the last Thursday of the Bengali month of Bhadra which falls in the middle of September.
Add comment
JComments
Download Hindi Festival Calendar 2021
Get free websitefor your Business