There are two popular legends about the Bhai Dooj celebrations:

As the legend goes Yamraj, the god of death was the brother of the sacred river Yamuna. On being continuously invited, He visited his sister Yamuna on this particular day. Overjoyed on seeing his brother Yamuna put the auspicious Tilak on his forehead, garlanded her and prepared special dishes and sweets for him. While parting Yamraj gave her a special gift as a token of love and Yamuna too gave him a love gift that she made herself. Pleased by the love and affection of her sister, Yamraj declared that any brother who receives a Tilak from his sister will never be thrown into the darkness of hell. 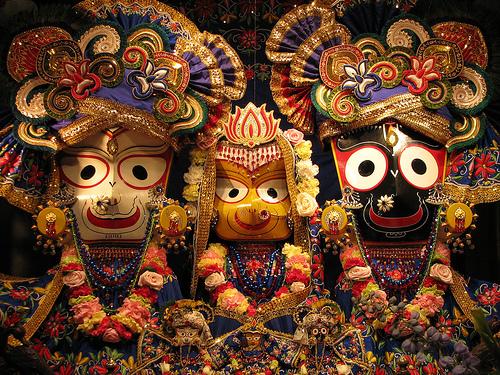 Therefore this day is also known by the name of “Yama-Dwitiya”. Since then this day is being observed as a symbol of love between sisters and brothers.