As the name signifies, Chaturmas Vrat goes on for duration of four months. The festivities usually begin in Ashada month on Deva Sayana Ekadashi and ends in the Kartik month on Utthana Ekadashi. The festival begins in month of July and goes on till November. 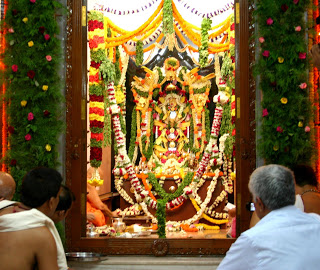 Shravan, Bhadrapada, Ashwina and Kartik are the four months that comprise the period of Chaturmas. These months are considered to be the holiest months in Hindu mythology. Most of the religious Vratas or fasts of significance relevance are observed during this period.

However, as the festivities go on for four long months, no set of restrictions have been imposed on the devotees. It is up to one s devotion as to how they wish to celebrate the Chaturmas months. Devotees spend quality time reading religious scriptures as Ramayana, Gita and Bhagwad Purana during these four months. As the months are considered to be the resting time for Lord Vishnu, the devotees spend time listening to his stories and serving the needy.

Devotees of Lord Shiva too wait for Chaturmas period as the month of Shravan too comes in this period. Mondays during Shravan are considered auspicious by the devotees and they make special preparation for fasting during this period.

Food items to be avoided during Chaturmas

Saints usually avoid much movement during the Chaturmas period. This they do in order to avoid hurting any of the life forms as rainy season is considered to be the breeding time for insects. It is believed that killing any life form during the religious period can cause harm to the saints and they restrict their movements accordingly.

Lord’s Blessings during the Phase