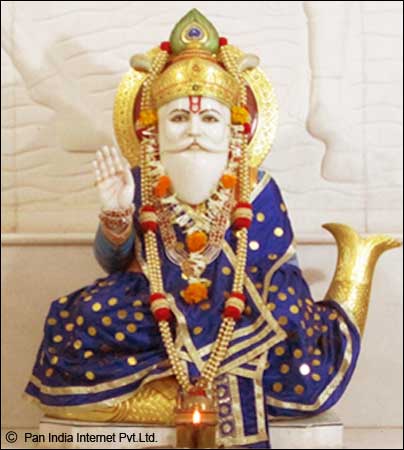 Cheti Chand is observed on the first day of the Sindhi Chet month (March – April) or Chaitra month in Hindu calendar; hence, it is called CHET-I-CHAND. Cheti Chand is the beginning of Sindhi new year. Businessmen start with new account books on this day.

This most popular Sindhi festival is celebrated on a day during the waxing phase of moon of Chet month.


The day holds importance as it is believed that Varun Dev appeared as Uderolal on the first day of Chet month to save Sindhis from the dictatorship of a ruler who wanted to destroy the Sindhi culture and Hinduism.


The main festival starts by the worshiping the lord Jhulelal and Bahrano. Men perform the folk dance, Chej on Sindhi music before the idol of Jhulelal.

All the organizations or institutions dedicated to Sindhis, celebrate this festival with gaiety and pomp. Aarti of the Sea God of the Sindhis- Jhulelal Sain is performed. It is also a day of worshiping and thanking the god of water, without which, life is impossible.


Baharana Sahib consists of Jyot, sugar candy, phota, fruits, akha, etc. Behind is a bronze pot and a coconut in it, covered with cloth, flowers, leaves and idol of God Jhulelal. On this day Baharana Sahib is taken to nearby river or lake.