The Vedic scriptures of the Hindu religion refer to the sun as the store house of inexhaustible power and radiance. The Sun God is referred to as Surya or Aditya. The Vedas are full of hymns describing the celestial body as the source who sustains all life on earth. The origin of the worship of the Sun in India is thus several centuries old. Bihar has some of the popular Sun temples.Some of these Sun Temples located in Bihar are: 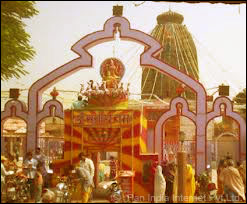 One of the most famous Sun temples is situated here. Deo is situated in Aurangabd district of Bihar, 150 km from state capital Patna. Deo is the most ancient of all sites where the King Aila of Prayaga  (Allahabad)  was cured of leprosy.

Situated in Nalanda district which is approximately 90 kms from Patna, the village has been named after the Sun himself. The place is known for its beautiful sculpture of Surya and Buddhist deities.

It is located 99 kms from Patna. There are ruins of several temples dedicated to the Sun God. In one of the temples are the remains of the Sanctum Sanctorum and the Assembly Hall with its ornamental pillars.

Nearly 119 kms from Patna is the site of Sun temple marked today by a small structure containing a number of sculptures of solar deities.

Chhath Puja, although initially organized and celebrated exclusively by the people of Bihar, later it embraced people across the country. Presently research and experiments establish the view that a good number of festivals which have resemblances to Chhath Puja are celebrated all across the world. So, in a way, Chhath Puja can be considered not only as a domestic or national festival but also it’s a festival of international brotherhood and national sensitivity.

#2 Sujit Kumar Singh 2019-04-08 17:10
The mystical Sun Temple is said to have its roots entrenched in the Treta Yuga. However, many archeological pieces of evidence indicate that the temple was built in the eighth century. Built in Nagar style, the splendid architecture of the temple catches the attention of visitors. Dedicated to the Sun God, there are three statues of the Lord that represent morning, afternoon and evening. The Sun Temple is one of the rare shrines that stand with its back to the rising sun. Local legends reveal that the temple was originally built facing the east side but on the orders of the priest, the entrance was turned to the west who wanted to save the temple from invaders.
Quote
#1 Umar Ansari 2018-10-04 08:02
Hello friend you really provided very helpful information about
Deo surya mandir is pride of our Aurangabad and very historical temple as well please keep it up such more information
Quote
Refresh comments list
JComments