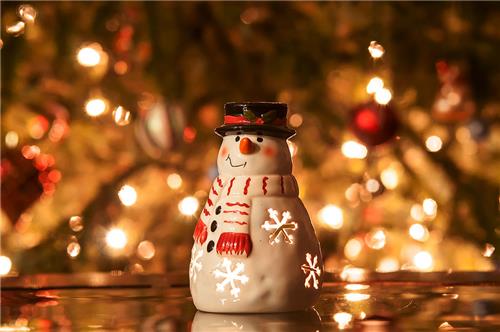 The celebrations for Christmas in Australia are elaborate and involve the age-old tradition of bringing in greenery to home. Hence, Christmas trees, real or artificial, are mainstream decorative items at Australian households along with other items like door wreaths, nativity scene models, Christmas bulbs, strings or series of light, and tinsels.

The Australians decorate their household interiors, exteriors, and streets with hundreds of electrical lights displaying the seasonal motifs like Christmas tree, Santa Claus, reindeer, and the nativity scenes. Many people go to church on the Christmas Eve to take part in the Midnight Prayers and Mass. Some, however, go to church in the morning of the Christmas Day.  Children hang up their stockings or socks near the fireplace at home for Santa Claus to place his presents in them.

Apart from celebrations, the day after Christmas Day is also the day of commencement of annual sports events like Boxing Day Test and Sidney-to-Hobart Yacht Race. Some regional traditions and celebrations in Australia during the Christmas season include “Adelaide Christmas Pageant”, “Carols by Candle Light”, and “Carols in the Domain”.   The locals and the tourists from all around the globe gather at Bondi Beach to witness the special events on the Christmas Eve and on the day of Christmas.

This is a parade that originated in 1933 where people gather in large numbers. Usually, it starts in the early November on a Saturday as a whistle blower for the beginning of the Christmas season. The Christmas start-up parade is a march past of bands and clowns and demonstration of dancing groups and walking performers until finally the Santa Claus arrives.

"Carols by Candlelight" in Australian Christmas

Carols by Candle Light is a tradition that started in Melbourne in 1937. People get together in the outdoors on the Christmas Eve. They gather in large numbers to sing carols by candlelight and it is a large-scale orchestra or concert. Carols in the Domain is an event at Sydney that also happens on Christmas Eve.

Food Exotics on the Day of Christmas

Most Australians bake Christmas cakes at home. Puddings are commonly made at home to be served as dessert. Extended families and friends get together for lunch. Roasted turkey, ham, and cranberry sauce are considered to be part of traditional meals.  Lots of fruits and steamed / baked vegetables form part of the main course. After meals, Christmas plum pudding is served with custard, ice cream, or brandy sauce. Pavlova with cream and fresh fruits is also common.

Sliced Christmas cakes with caffeine beverage are usually served in the afternoon of Christmas Day.  Having wine or beer, sometimes punch or champagne, during dinner is quiet common. During Christmas, as it happens to be a hot summer season in Australia, people prefer to have cold meats, cold turkey, seafood, soft drinks, fruit salads, and vegetables. Some Russians in Australia have fish, yeast pastries with meat fill-ups along with Vodka.