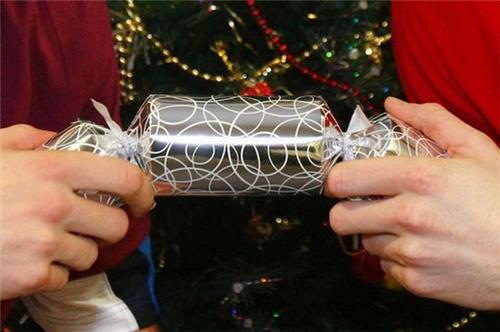 Christmas festival and its accompanying celebrations in England (UK) start in early November. A public event in the cities and towns announce the beginning of Christmas season by turning on the Christmas lights. The Christmas decorations usually start in the beginning of December and last till the early January, just before Epiphany. Christmas Eve is not a significant celebration in England and London. The Day of Christmas and Boxing Day are given more importance. The Peak District, Yorkshire, Lincoln city, Rochester, Southwold, Center Parcs, Edinburg are some wonderful places in UK to witness the Christmas celebrations carried out in pomp and glory.

Christmas decorations at households in England include Christmas trees adorned with electric bulbs, small gift-like models, chocolates, and glittering tinsels. Sending Christmas Cards to near and dears make an important part of the Christmas celebrations. Taking part in Carol services is considered important in England. Christians put on their best or new outfits and go to church to attend prayers, sing carols, and rejoice the birth of Jesus Christ on Christmas Day.

Nativity plays are prepared by children and are then staged at school auditoriums, before they break out for Christmas holidays. The tradition of giving gifts is followed as a tradition to remember the gifts that the three wise men from the East (Magi) brought for Jesus Christ. “Turkey Wishing” is another tradition common in England, where the part who holds the larger piece of the turkey bone makes a wish. Another significant Christmas royal tradition in England is the Queen’s Christmas Message at 3:00 pm and its broadcast on Television and Radio across the British Commonwealth.

Christmas Dinners and Parties in England

In England as well as the rest of Britain, the whole family bakes Christmas cakes together for an elaborate meal on the Christmas Mid-day or Christmas Early afternoon. Roasted turkey or Roast goose, potato roast, Brussels sprouts, cranberry sauce, stuffed nuts, hot gravy, sausages in bacon comprise the main course of the mid-day meal. Having Christmas pudding, usually the fruit-sprinkled pudding with flaming brandy is an English tradition to keep away the evil spirits.  The Christmas crackers are pulled to get the Christmas gift, party clown, and a joke for the festive.

At the break of evening on the Christmas Day, extended families get together for an evening party filled with games and fun. The Christmas Tea party usually comprise of a variety of items like Christmas cakes, mince pies, dips, cheese, volovants, bacons, celery or carrot sticks, buns, and Yule log cakes.

London is an exquisite tourist destination as it puts up the Christmas lights in main places like Oxford, Regent, and Carnaby streets. In Central London, a huge Christmas tree is lit up with sparkling bulbs and lights to announce the upcoming Christmas. Extravagant markets like the South-bank Center Christmas Market and Winter Wonderland in Hyde Park of the previous years are commonplace during this festivity.

"Pudding Race" is a popular sporting event in London, where the winner is one who safeguards his Christmas pudding from the obstacles in the course of this sport. Ice Skating events are conducted in many tourist destinations to attract the international tourists. Pantomimes are common shows during the Christmas season featuring an all anew Cinderella, Snow White, Alladin, and the Beauty and the Beast.