Indians are settled all over the world and no matter where they are, Indians love to celebrate their festivals. Diwali is one such festival which is celebrated with much pomp and vigor. Along with the Indians the natives of that country also participate in the festival celebration. Diwali celebrations across different countries are: 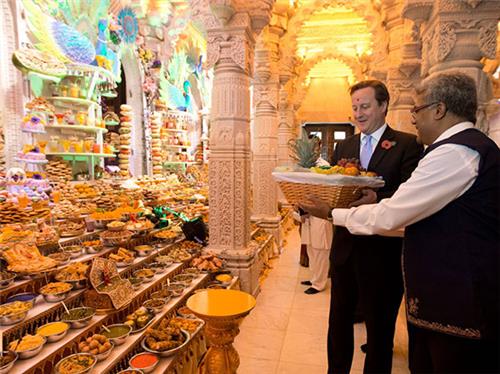 Today Indians number around one and a half million in UK, making them the single largest ethnic minority in Britain.
Although every Indian settled abroad misses his homeland, yet, people try to feel at home and  connect with the tradition and culture of India by celebrating Festivals with the same enthusiasm and excitement as any other Indian would do.
They visit temples, clean and decorate their houses, make sweets at home, buy new clothes, and offer prayers and prasad to the lord. The lamps and Diyas lighted produce a very home-like atmosphere for them 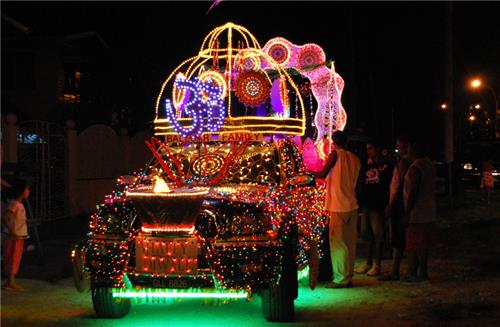 Guyana is located in the north Eastern coast of South America. The population of Hindus amount to about 33 % of the total population. The festival of Diwali is very important in Guyana as it is observed as the National holiday of Guyana. Although most of the rituals observed in Guyana is similar to that in India, but they hold specific significance for the people out there.The tradition of exchanging sweets indicate the importance of sharing and that of greetings show the necessity to establish goodwill among each other. In Guyana it s customary to wear  new clothes on Diwali as it indicates that healthy minds reside in healthy bodies.

Diwali is termed as Tihar or Swanti in Nepal, which is a multicultural and multilingual country. Nepal is a land-locked country, in the foothills of Himalayas. Most of the traditions observed here are similar to that in India.In Nepal, there is a different ritual associated with each of the five days of Diwali celebration. On the first day, they worship cows and feed them with rice.The second day is dedicated to dogs and special food materials are prepared for them. Third day is meant for lighting lamps and burning crackers. The fourth day is dedicated to Yama, to whom prayers are offered for long life.The final fifth day is Bhaiya Dooj and is dedicated to brothers. 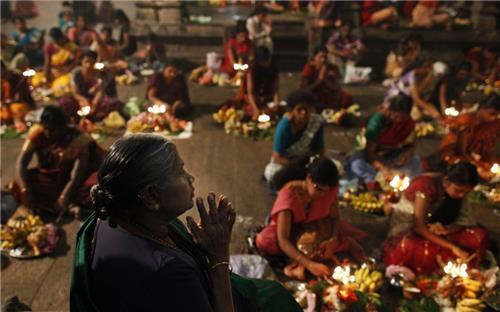 In Sri Lanka this festival is known as Deepavali and is celebrated by the Tamil community. People take oil bath and wear new clothes as a part of tradition and visit temples and perform Poosai (Puja). Srilanka s celebration comprises many of the customary aspects of Deepavali such as games, fireworks, singing and dancing and the tradition of a large meal and fireworks are admirably preserved.

In Malaysia, Diwali festival is celebrated during the seventh month of the Hindu solar calendar. It is a federal public holiday throughout Malaysia. In many respects it resembles the ethnicity followed in the Indian subcontinent. 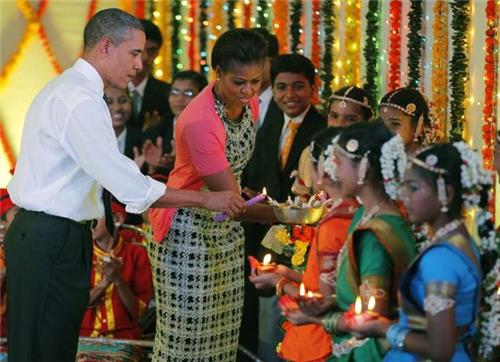 Diwali is assuming prodigious importance year after year in United States with increasing Indian population. Diwali was first celebrated in the White House in 2003 and was given official status by the United States Congress in 2007. Indians in the country celebrate Diwali in different parts of the US, just as in India.