Diwali is celebrated over a period of two days in Andhra Pradesh, unlike the rest of the country where celebrations last for five days. Other days are celebrated too, but not with the same fervor as rest of the country that celebrates all five days of Diwali with great eagerness. The main celebrations kick-off with Naraka Chaturdashi, on the second day of festivities followed by Deepavali or Diwali on the third day. However, the other communities from north India and other parts of the country for which Diwali is celebrated as a five-day festival, observe all the days of Diwali in the same way as their native states.

People clean and whitewash their houses in preparation for Diwali, long before the approach of the festival. Houses are decorated beautifully with diyas and lamps; rangoli is drawn on the entrances to welcome Lakshmi- the goddess of wealth and success on the evening of the Festival of Lights. Drawing figures out of paper as a part of the decorations is a distinct feature of Diwali in Andhra Pradesh. It is a belief that Lakshmi visits clean and illuminated homes on Diwali and brings along happiness and prosperity into the family.

On the first day, Andhra Pradesh celebrates Dhanteran, also known as Asweyuja Bahula Thrayodashi or Dhanteras. This is an occasion for shopping and investments. People buy utensils, precious metals like gold and silver, and new clothes on this day. It is considered an auspicious day for purchases, as this makes Lord Dhavantri and Lakshmi happy.

Naraka Chaturdashi, on the second day is an occasion for immense excitement and fervor. Dedicated to Lord Krishna and his wife Satyambha’s killing and triumph over the evil King Narakasura, it is celebrated as the main day of Diwali. People wake up at dawn and bathe with perfumed oils and special ayurvedic preparations. Prayers are performed and dummies of Narkasura are made and then burned later to signify the death of evil. Yam- the God of Death is also worshipped on this day to eradicate the fear of Narkasura – representing evil, from people’s hearts and minds. Families visit temples and religious places to worship and pay respects to their respective gods. The festivities include lit up diyas and firecrackers as means of celebrating Naraka Chaturdashi and last till late at night.  Other proceedings include special cultural events, at which stories are recited along with plays and actors dressed as Krishna and Satyambha. This is known as Hari Katha. Dummies of Narkasura are burst by the actors playing Satyambha in the play signifying her victory over evil.

The third day of Diwali is known as Kaumudi Mahostavam, Balindra Puja or Karthigayi Deepam in Andhra Pradesh. On the morning of Diwali, prayers are offered to Lord Krishna. In villages and rural areas, families follow the age-old custom of bathing buffalos on Diwali. In the evening, an extensive Puja is held in families and Lakshmi Ji is worshipped. After the prayers, houses come alive and alights with hundreds of diyas illuminating every nook and corner of the houses, children burst firecrackers; adults buy new things, like sari, jewelry and household appliances for this occasion. Many people even consider it an auspicious day to make big purchases like houses and cars. Friends and relatives visit and gift dry fruits and special sweets to each other. Alcohol and non-vegetarian food is not generally consumed during this festival.

Fourth and Fifth Day of Diwali Celebrations in A.P 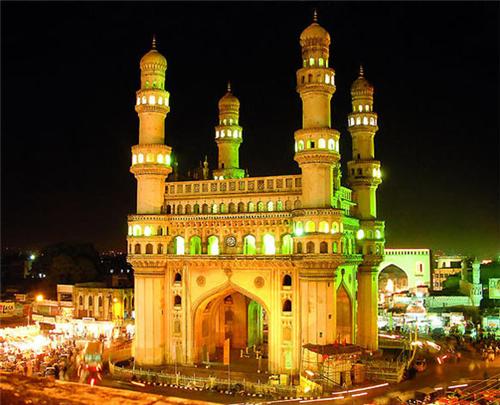 Sweet shops and confections prepare special sweets for Diwali that are only available in the market during this festival. The tradition of gifting sweets on Diwali is widely followed by the inhabitants of Andhra Pradesh.

Diwali is considered amongst the seven most important festivals of Andhra Pradesh and is celebrated with an unmatched vigor and appeal. It is observed on the same day as the rest of the country.