Bihar is a state rich in culture and traditions. Situated on the banks of the holy river Ganga, the river holds tremendous importance in all festivities and religious proceedings for the inhabitants of Bihar. Diwali, the most important festival in Bihar is celebrated with incredible enthusiasm and eagerness.

Following is the Calendar of Diwali 2020 Celebrations in Bihar:

Diwali in Bihar is celebrated over a period of five days like most states. The festivities begin two day before Diwali, with the festival of wealth, Dhanteras. On this day, it is customary for everyone to buy utensils to honor Dhanvantri, the God who emerged from the sea during the Samudra Manthan (churning of the sea).

The women in Bihar, start the day with a bath and then prayers, worshipping Lakshmi and Dhanvantri. They fast for the rest of the day, and break their fast in the evening with puris and Indian sweets, after the sun has set. The tradition to buy utensils on Dhanteras is due to the belief that Dhanvantri was carrying “Amrit” in a pot when he materialized from the sea. In Bihar, its almost compulsory for the natives to purchase utensils on this day. 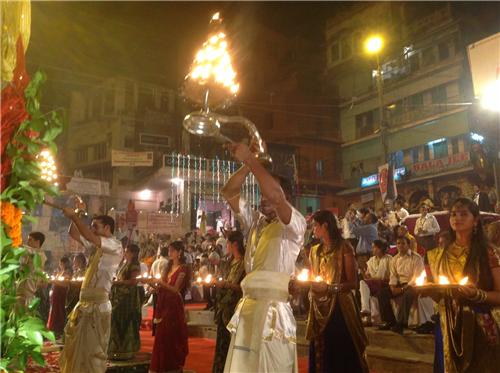 On the day between Dhanteras and Diwali, Bihar celebrates Choti Diwali. The difference between the procedures and celebrations of Choti Diwali and Diwali are not much, aside from the fact that Choti Diwali is celebrated on a lower scale. People bust fewer firecrackers and light fewer lamps.

The third day is a very important day and the main day for festivities and celebrations. Diwali is celebrated on this day, like the rest of the country. A Diwali morning in Bihar begins with preparations for the Lakshmi Puja in the evening. Women make rangolis on the entrances and in front of temples in their houses, in order to make the house look beautiful and welcoming. In preparation for the evening, many people lay out firecrackers under the sun, to dry them out incase they are moist and cause a problem during the evening fireworks. New clothes are bought in advance for Diwali and on the evening of the festival, everyone dresses in their newest and best attires.

Lakshmi is worshipped and extensive prayer rituals are performed on the evening of Diwali, bhajan and aarti are sung to honor the Goddess of wealth, prosperity, health and success. After the Puja, ghee or oil diyas are lit from the first diya lit during the prayers and then put all around and outside the house. Prashad (holy offerings), mostly Kheel and Batashas are distributed to relatives and visitors after the puja.

Prayers and offering to Lakshmi are made on the banks of the Ganges as well. Thousands of people gather at the bank of the holy Ganga, flowing through the state of Bihar. After the prayers, people light diyas  and let them float into the river, creating a mesmerizing view of water illuminating the river.

Fourth and Fifth Day of Diwali Celebration in Bihar:

On the day after Diwali, Bihar observes Govardhan Puja. On the day after Govardhan Puja, Bhai Dooj is celebrated. Sisters put red tika on the foreheads of their brothers and pray for their good health and success and brothers in turn present their sisters with gifts. The fifth day after Diwali is also celebrated as Godhan, a festival for farmers. Cattle and crops are worshipped on this day.

Bihar observes Chhatt Puja six days after Diwali, where extensive prayers and ceremonies are performed on the banks of Ganga and other rivers, to honor the Sun God. Observed over a period of one entire day and night, the worshippers literally live on the banks during this festival.
Add comment
JComments