Diwali is one of the most important Hindu festivals. Although the main reason for the celebration of Diwali is the return of Rama to Ayodhya after 14 years of exile and victory over Ravana, history traces back to other important events of significance associated with Diwali. 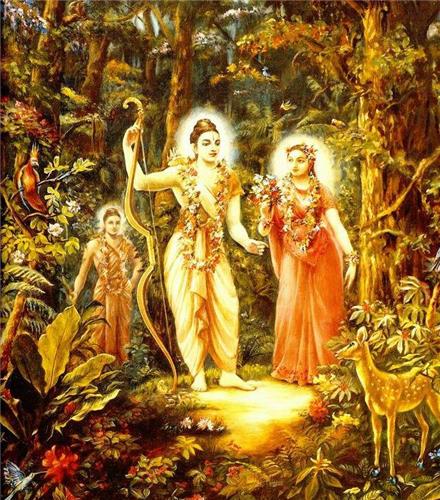 Return of Rama to Ayodhya

According to the Hindu Mythology, it’s believed that after defeating Ravana, Lord Rama, along with his brother Lakshmana and wife, Sita embarked on a journey back and arrived at his kingdom, Ayodhya on the 20th day – the 30th day of the Ashwin month of the Hindu calendar. It took them 20 days to complete the journey to Ayodhya. The reason it took so long to make the journey was that Ravan’s kingdom was in Lanka, present day Sri Lanka, which lies off the south-eastern coast of India and Ram’s kingdom, Ayodhya, in present day Uttar Pradesh, was in the northern region of India.

This is the reason why Diwali is celebrated 20 days after Dussehra, for it was on this day that Ram, Lakshman and Sita reached Ayodhya. On their return, the delighted people of Ayodhya had illuminated the complete kingdom with clay lamps – “deep” and welcomed them home after a 14-year exile. This was a cause for celebration, and the whole town was a picture of festivities and fervor, relishing and reveling in the victory of Ram over the demon King Ravana.

Below is the map depicting Lord Rama, Lakshman and Sita’s journey from Ravan’s Kindom in Lanka to Ayodhya, Rama’s Kingdom.

According to the Puranas, Naraka, the son of Bhudevi, had a blessing from Lord Brahma according to which he could face death only at the hands of mother Bhudevi. Because of this, he started to create immense destruction and harassing of celestial beings. Tired and irritated with the brutalities, people asked Lord Krishna to help them.

Due to the blessing with Naraka, Lord Krishna asked his wife Satyabhama, the reincarnation of Bhudevi, to be his charioteer in the battle with Naraka. When due to a bow hit by Naraka, Krishna got fainted; Satyabhama got angry and hit Naraka with a bow. This ended the rein of brutalities by Naraka. The incident not only marked the end of Naraka, but also gave a lesson that parents should not hesitate to punish their children when they stray on to the wrong path.

According to Vishnu Puran, there was a demon King Bali, the grandson of Prahlada. Mahabali was a very popular, loved and respected king. His best quality was generosity. He was very generous, austere and charitable which added to his qualities and earned him more popularity. His accomplishments were repeatedly admired and praised, which started getting to his head and he slowly became extremely arrogant and conceited. As his arrogance grew, his ambition started to grow too. He started to believe he was the best and the most powerful person in the world and there was nothing over and above him.

Mahabali, the ruler of the Earth fought Indra - the king of heaven, and gained control of the heaven as well. This became a matter of great concern for the demigods, who approached Lord Vishnu for help. This was when Lord Vishnu took the form of his fifth avatar (incarnation), the Vamana – Brahmin dwarf and descended on Earth from the heaven.

Vamana approached King Mahabali and asked him to grant him three paces of land. Bali was a great devotee of Vishnu and believed Brahmins to be saints who could not be refused dakshina or charity. Bali also thought how much land could a dwarf cover in three steps, so he granted permission to the Vamana to take three paces of land. At this, the Vamana assumed the form of a humungous being and with one foot he covered the entire Earth, with the second step the heaven, with no place remaining for the third step. The King’s inability to complete the wishes asked out him, caused him to offer his own head to the lord for his last step. On seeing this humility from the arrogant king, Lord Vishnu granted him immortality and the power to rule the netherworld - Paatal. Before Lord Vishnu could push him to the Patala, Mahabali asked and was granted a wish by Vishnu to come out from the netherworld once a year, to make sure that the people of his kingdom are well fed, satisfied and happy.

Ever since then Bali Pratipada is celebrated a day after Diwali, the New Year Day of the Hindu calendar as people in Karnataka believe King Bali come s to see the people of his kingdom and grant them their wishes and needs. Houses are decorated in order to welcome him. Lamps are lit on all the days of festivities and cow-dung and chandan (sandalwood) is used in the Puja proceedings as both those elements make a big part of the culture of Karnataka, especially the farmers.