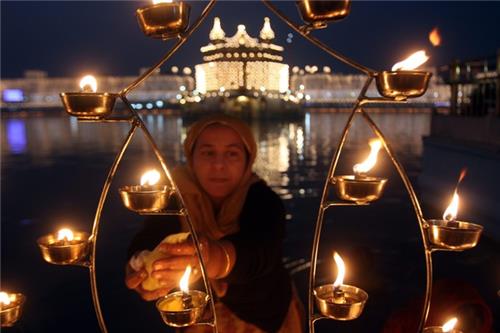 Diwali or Deepawali is celebrated across India with great enthusiasm. This is one festival which unites the entire country as most of the rituals observed are similar in most parts of the country. Historically speaking, Lord Rama while returning to Ayodhya, traveled from South towards North. Thus, Diwali is celebrated one day before in southern India. Diwali being the festival of lights, the entire country is lighted up, with everyone merrily lighting up their houses and localities. As part of the celebration Goddess Lakshmi is worshiped, thus, it is also known as festival of wealth and prosperity.

Diwali is a five day festival, with each day having its own significance. The third day is called the “Badi Diwali”, which observes the worship of goddess Lakshmi, lightening of crackers, playing cards, making Rangoli and exchange of gifts and greetings. Although the basic rituals remain same, yet there are many variations in different parts of the country as far as celebrations are concerned.

Click on the following list of states to read about how Diwali is celebrated in different parts of the country: