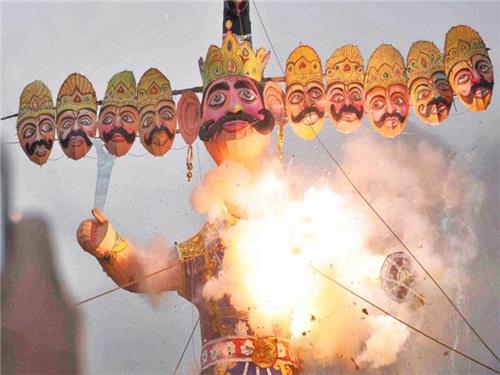 The festival of Dussehra has great significance as it celebrates the triumph of good over evil. Although people of different religion and communities celebrate this festival in different manner, there is a common tradition of burning huge effigies of Ravana.

In Rajasthan, months before Dussehra, craftsmen engage themselves in making huge statues of Ravana, his brother Kumbhakaran and son Meghanath. They are beautifully crafted and decorated. On the main day of Dussehra, these effigies are burnt in large grounds (maidan), where huge crowd gathers to witness this traditional act of burning the evil. It is considered auspicious as along with the effigies, people burn their bad habits and bad deeds. It forms an atmosphere of purity and serenity. Kids buy small toys from these fairs as a memory of the day. 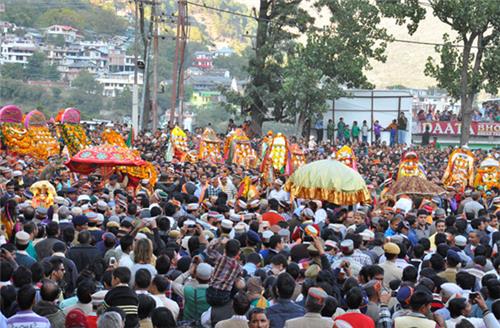 In Himachal Pradesh, a week long fair in the hill town of Kullu, is part of the Dussehra celebrations. From the little temples in the hills, deities are brought in procession to the maidan in Kullu, to pay homage to the reigning deity, Raghunathji. The celebration actually begins nearly 10 days in advance as per tradition.

In Mysore, Karnataka the Mysore Palace is illuminated for a whole month during Dussehra and caparisoned elephants lead a colourful procession through the gaily-decorated streets of the city. It is the most colourful celebration of Dussehra in the world. The spectacular procession taken out on this day is really enjoyable. 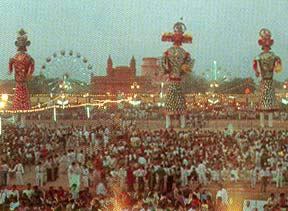 The whole set up is put on the very first day of Navaratri. Vijaya Dashami is an auspicious occasion for children to commence their education in classical dance and music, and to pay homage to their teachers.

In Punjab, Navaratri is taken as a period of fasting. In Gujarat, the evenings and nights are occasions for the fascinating Garba dance. The women dance around an earthen lamp while singing devotional songs accompanied by rhythmic clapping of hands.