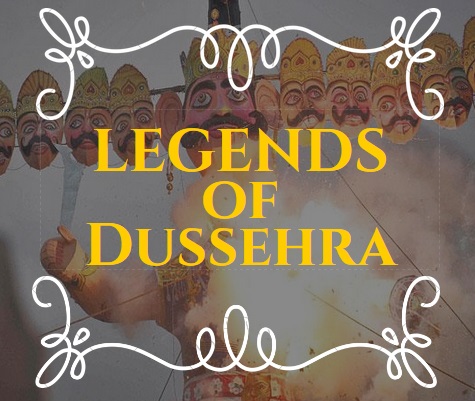 Their are two popular legends about Dussehra Festival:

Victory of Rama over Ravana 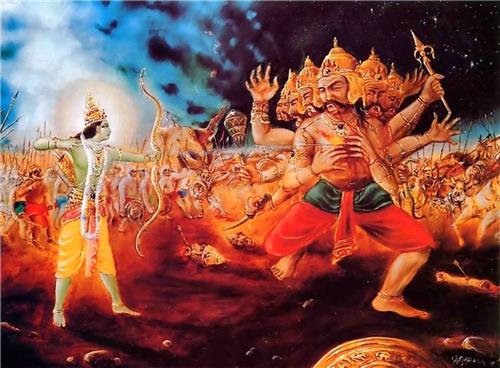 Rama was the eldest son of King Dasarath who was the ruler of Ayodhya. When Lord Rama was going to be crowned as the next King, Queen Kaikayee persuaded the king to crown Bharat as the next king and to send Rama on an exile for 14 years. On his exile Rama was accompanied by his brother Lakshman and wife Sita.

A female demon Soorpanakha got fascinated with the charm of Lord Rama and wanted to marry him, for which she threatened to kill Sita. Agitated with this, Laxman cut her nose. Knowing about what happened to his sister; Demon Ravana wanted to take revenge and in turn abducted Sita. Lord Rama, along with Laxman and Hanuman, fought a battle against Ravana and emerged victorious in rescuing his wife Sita.

Victory of Durga over Mahishasur 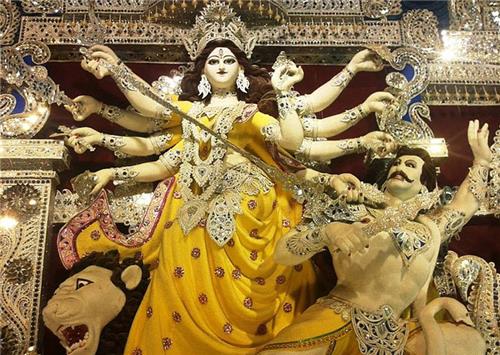 Source
The demon Mahishasur, was given a boon by Lord Brahma, according to which, any weapon that had a masculine name couldn’t do anything to harm him. Taking the advantage of this boon, he caused immense destruction and hatred. The gods were very tensed and worried about this fact; they consulted Lord Vishnu over it, who advised them to invoke Goddess Shakti. With God’s prayers, a divine luster sprang from the heart of Lord Shiva and bodies of all gods forming the Adhya Shakti. The gods then gave her ornaments, and a lion as a vehicle. She was supposed to fight Mahishasur, the demon. For nine continuous days and nights, Goddess Adhya Shakti-Durga fought the demon-Mahishasur, and finally emerged victorious at the end.