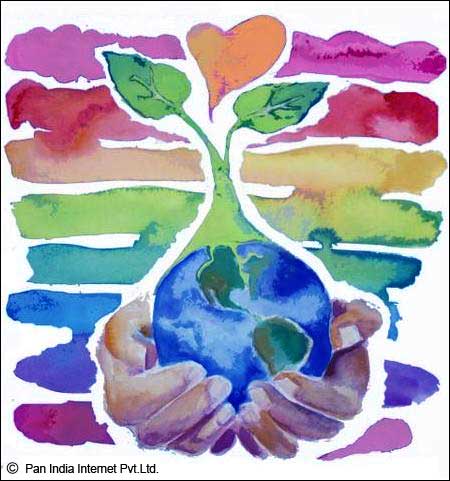 Earth Day is the leading and celebrated environmental event at international platform. Earth Day commemorates Earth’s unique place in the universe. Out of the nine planets of the solar system, Earth is the only planet which has implausible biodiversity. Earth Day is a day to educate people on how to protect the planet.
The first Earth Day was organized in 1970 with an aim to promote the thoughts of ecology, reverence for existence on earth, and highlighting growing concern over pollution of the soil, air, and water. Earth Day is observed in nearly 140 nations. The day is celebrated by outdoor feats, exhibits, street fairs, skits and television programs that are centered on environmental issues.

In India, the Green Generation Campaign started on Earth Day that insists on global day of action and civic participation, to make a carbon-free future based on renewable energy that will end the dependency on fossil fuels. It also focuses on an individual’s commitment to responsible, sustainable consumption and creation of a new green economy that lifts people out of poverty by creating millions of quality green jobs that transforms the global education system into a green one.

Celebrations are observed for the efforts to shield flora and fauna and to make the entire world, dirt free. Though, Earth Day is celebrated on April 22 every year, there are some countries like US, that celebrate it a month earlier on the vernal equinox. This year, the Earth Day would celebrate its 47th Anniversary. It reminds us of our duty towards other living beings on earth and to prosper as interdependent system.

United Nations (UN) Secretary-General U Thant made Earth Day an international celebration on March 21, 1971.  The United Nations observes Earth Day on the day of the vernal equinox (March 20th or 21st) each year, with the ringing of the UN Peace Bell at the very moment of the equinox.

The first official International Earth Day was celebrated in 1990.