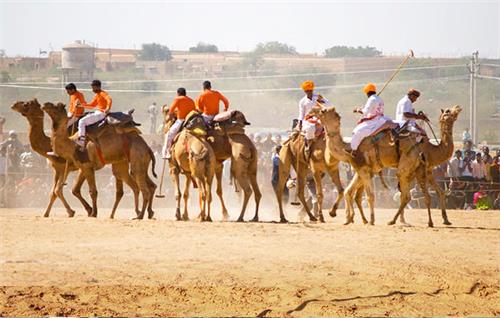 India is a land of celebrations. Rarely will you come across lively people across the globe that worship animals and sing hymns in their praise. However, India is an exception and you will find such people in Gogamedi. Gogamedi is located in district of Hanumangarh and is located some 395 km from the capital city of Jaipur in Rajasthan.

Gogamedi fair is celebrated in honor of Serpent God and the celebrations begin on Goga Navmi. The festival is usually held in the month of August - September every year. The festivities are dedicated to Goga Ji Maharaja and are observed with full religious devotion. 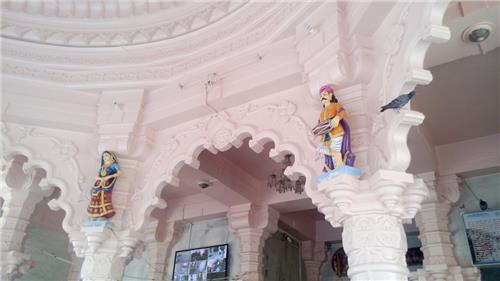 The Relevance of Goga Ji Maharaja 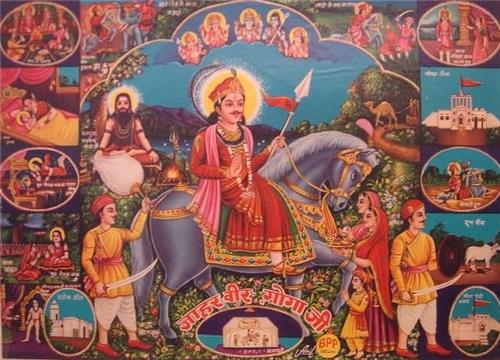 The temple of Goga Ji Maharaja holds special significance for the devotees, be it Hindu, Muslim, Sikhs or Christians. Devotees dressed in yellow clothes come over to the fair from Rajasthan, Uttar Pradesh and Bihar. These devotees are referred by the name of Purbiyae in local language. Devotees come along dancing and chanting hyms about the legends of Goga Ji Maharaja and some of them bring snakes along with them. Devotees seek blessings from Goga Ji Maharaja during Gogamedi fair and are blessed with their long cherished wishes.

Gogamedi is a popular fair in Rajasthan and is considered to be a major animal fair in the region. Merchants dealing in animal trade come over to the village during the fair and trading of animals like Camel is done during the fair.

Goga Ji Maharaja was a revered King who was especially popular for his love and devotion towards cows. The devotion with which Goga Ji Maharaja served the cows enabled him to earn the title of Goga Ji. He constructed seven big cowsheds in his kingdom and the cowsheds housed over seven thousand cows. 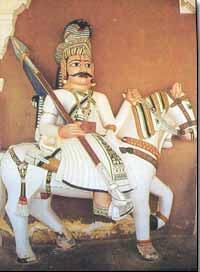 Legend Behind Being Named Goga Ji

Goga Ji Maharaja was a popular Chauhan clan King in Rajasthan. His original name was Jaharveer. His brothers Archan and Sarchon were bad intentioned men and desired to kill Jaharveer after kidnapping his wife Shreeyal. Jaharveer got to know about the intention of his brothers and killed them. Jarahveer’s mother Banchal could not bear this and directed the King to leave the Kingdom. Thereafter Jaharveer left the Palace and started living in a forest. However, he continued to meet his wife secretly.

Eventually his mother got to know about the meetings among the king and his wife. Jaharveer could not face his mother for disobeying her command of not coming to the palace ever again. He therefore got himself engraved in the ground along with his horse at Gogamedi.

The fair is celebrated ever since as a mark to the brave Chauhan King.