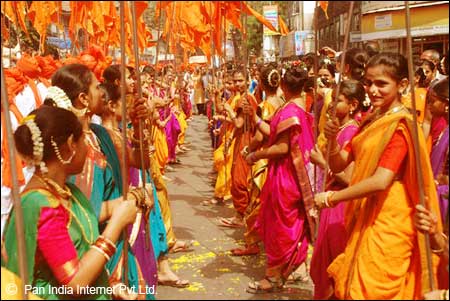 There are various legends described in Hindu religious scriptures giving the reason to celebrate the sacred and joyous festival, Gudi Padwa. According to Brahma Purana Lord Brahma recreated the world after a devastating flood and time began to tick from this day forth. An era of truth and justice- Satyug is believed to have started on this day. Gudi Padwa is said to be one of the 3 and a half days in the Indian Lunar calendar called "Sade-Teen Muhurt". 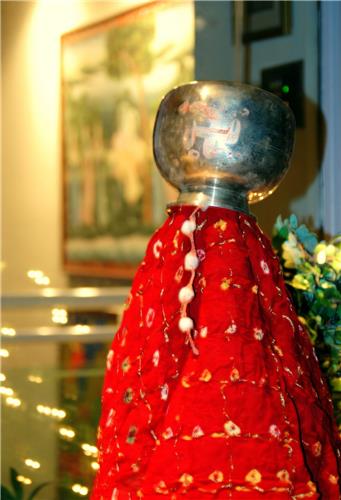 Any new venture can be started on this auspicious day. The word ‘padwa’ is derived from Pratipada, the first day of a lunar month or the first day after no-moon day (Amavasya).

According to another legend, hoisting the "Brahmadhvaj" commemorates the coronation of Rama after his return to Ayodhya from 14 years of exile. The setting up of the Gudi on the main entrance of every house symbolizes expression of happiness of the people of Ayodhya on return of Rama back to his own kingdom after winning over Ravana.

The Gudi stood as a victory flag for the people of Ayodhya. Gudi Padwa is said to mark this happy incident, an occassion of great significance for religious Hindus. On this day, Rama attained victory over King Bali. The festival marks the invasion of the Maratha forces led by Chhatrapati Shivaji Maharaj. Maharashtrians admires and regards Shivaji very much for fighting bravely to establish a Maratha kingdom free from Mogul domination. According to this legend, the "Gudi" is redolent of the brave Marathas returning home from their successful mission of war. The festival is thus, a celebration of victory and prosperity.

Another firm belief is that the displaying of the Gudi keeps off the evil and brings prosperity and good luck into the house.