Guru Gobind Singh Jayanti is celebrated by the Sikhs as the birthday of their tenth and last guru Guru Gobind Singh. This day witnesses large processions and special prayer gatherings at all Gurudwaras.

Guru Gobind Singh, the tenth Nanak (Sikh Guru), was born at Patna Sahib on December 22, 1666, (Poh Sudi Saptmi). His birthday generally falls in December or January or sometimes twice within a year as it is calculated according to Hindu Bikrami Calendar, which is based on the lunar calendar.

Guru Gobind Singh (1666-1708 C.E.) became the 10th Sikh Guru after his father, Guru Tegh Bahadur, had sacrificed his life to protect the freedom of worship by Hindus, who were being threatened with conversion or death by Muslim rulers. Abduction of women and pillage of goods were rampant, but the people were too timid and terrorized to resist. In the midst of this political situation, Guru Gobind Singh gained great stature as both Saint and soldier a leader of firm spiritual principles and intense devotion to God, and at the same time, fearless dedication to protecting all people from oppression and injustice through the practice of Kshatradharma.


In 1699, he dramatically initiated five men from the lower castes as His Five Beloveds, blessing them with great courage as well as nearness to God. They became models for the Khalsa, the Order of the Pure, which Guru Gobind Singh created to stand on the front line against injustice. The Khalsa were held to a very strict moral and spiritual discipline and under Guru Gobind Singh s courageous inspiration, helped to turn the tide against Mughal oppression in India.

In addition to his spiritual and military leadership, Guru Gobind Singh was a gifted intellectual and had many poets in his court. He was inspired to write many powerful spiritual compositions that infused a martial spirit in the people. 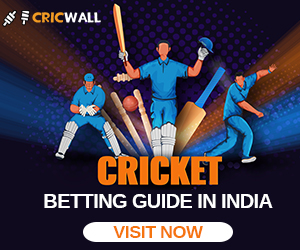