In the literal sense the word “teej” refers to “three”. Teej falls on the third day after a full and a new moon night. The important days of Teej are- Haryali, Kajari and Hartalika. Hartalika Teej is celebrated in the Northern part of India mainly in the states of Uttar Pradesh, Bihar, Rajasthan, Madhya Pradesh. The third day of the first fortnight of the month of Bhadra, which is the period of August-September as per the Hindu calendar is celebrated as the Hartalika Teej. It is mostly celebrated a day before the festival of Ganesh Chaturthi. 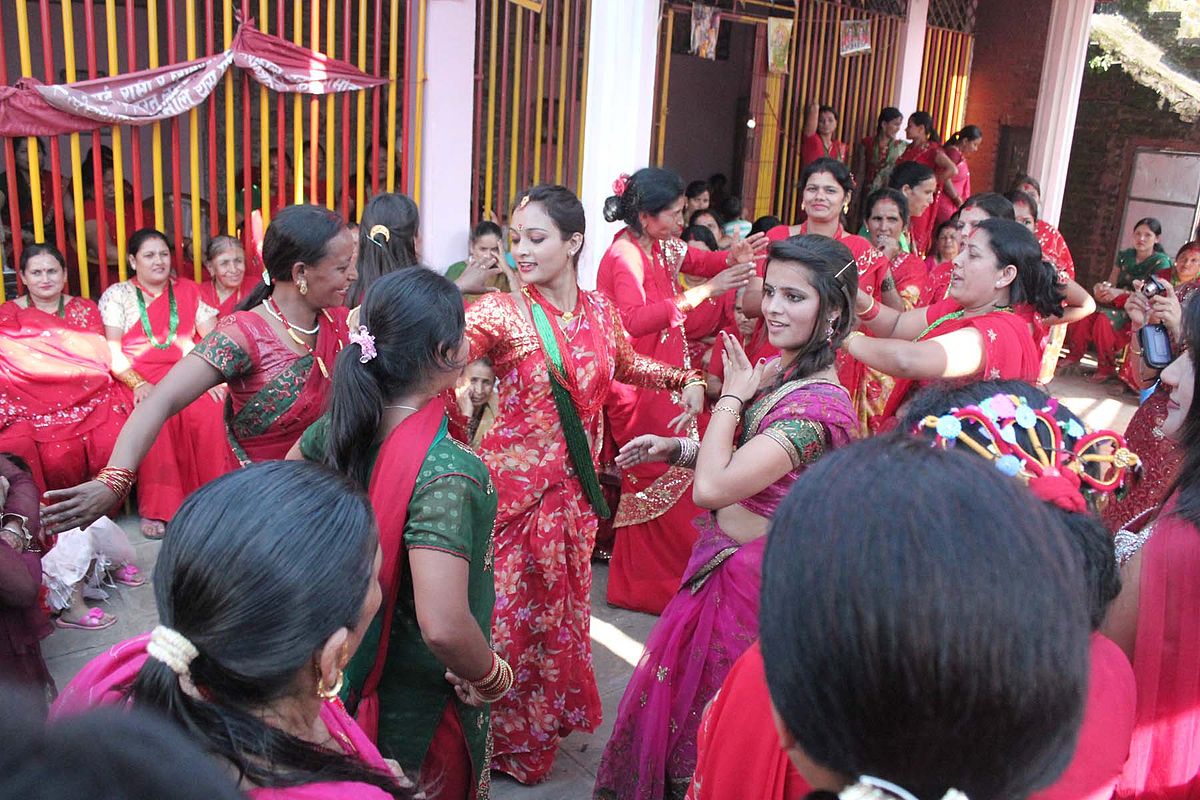 Women- both old and young observe a fast on this day and worship Goddess Parvati. This fast is ‘nirjal’, that is, it is observed without drinking a single drop of “jal” or water. Such hardship is undergone by the women in the belief that observation of such a fast would result in the prolonged healthy life of their husband and a blessed strong marriage like that of Shiva and Parvati. While married women pray for this, unmarried women fast in the hope of getting a good husband like Lord Shiva. It is also said that women who fast on this day go to heaven after their death.

As per legend, this day is in celebration of the union ceremony of Lord Shiva and his wife, Goddess Parvati. While she was in deep love with him, he was unaware of her existence. She fasted and worshipped for several years rigorously in the Himalayas in order to impress him. Her efforts were noticed and devotion appreciated. Shiva realised the extent of her love and married her. It is believed that the goddess took a hundred and eight births only to reunite with Shiva. Hence on this day, an idol of the goddess is clad in bright, beautiful colours and a procession is carried out which includes the idol sitting in a palanquin. Some devotees also worship the idol of Lord Shiva. The idols are usually made out of a combination of sand and clay. In some states like Rajasthan, this procession includes animals like elephants and camels.

During the Hartalika Teej prayer, sweets, rice in turmeric powder and flowers along with coins are put forth as holy offerings. The holy katha is narrated by all the women or a single priest. During this narration, all the women focus their thoughts on the well being of their husband- their soul-mate. Apart from the prayers, women put special emphasis on ‘shringar’ or make-up. They try their utmost best to look beautiful by wearing new clothes, wearing jewellery and adorning themselves with bangles and mehendi on their hands. They also wear a bindi on their forehead. The idol of Parvati is dressed in a similar manner. The fast is broken usually after the woman has a bath and completes her prayers in the evening.

This practice marks the conclusion of this sacred occasion, which is practiced whole-heartedly in India.