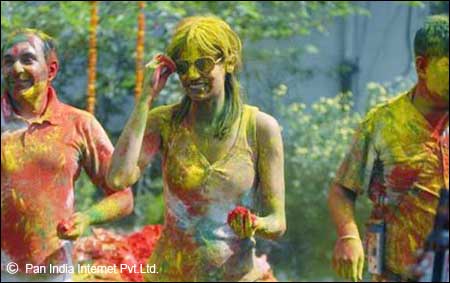 One of the most important festivals of Maharashtra, Holi, popularly known as the ‘festival of colors’ is celebrated on full moon day in the Hindu calendar month of Phalgun which corresponds to the month of March according to the Gregorian calendar.

The celebration of Holi is not confined only to the northern parts of India. The festival is celebrated with equal enthusiasm and vigor in the western side of the country as well. People in Maharashtra have their own unique style of celebrating Holi.

Most people in Maharashtra know this festival by the name of Shimga or Rangpanchami. Unlike the northern states, it is celebrated after five days of Phalgun Purnima. Even the fisher folk of the state participate in the joyous celebration of the occasion. They actively engage in the singing, dancing and the playing with colors just as much as others.

Celebrations and Rituals of Holi in Maharashtra

Typically, it lasts for five to seven days; the play of colors happens on the fifth day and is called Rangpanchami.  A week before the festival, children and youngsters go around the neighbourhood collecting firewood and some money. On the evening of Shimga, a bonfire is made and an effigy of Ogress Holika is set ablaze symbolizing the victory of good over evil. This day is also called Holika Dahan or Chhota Holi. Many a times, a priest is summoned who recites mantras from the Rig Veda. A coconut or Puran Poli is thrown into the fire as a special offering. A strange sound is made by striking the mouth with the back of the hand while the fire is burning. Some people even smear the ashes from the fire on the following day as it signifies purification of the body. 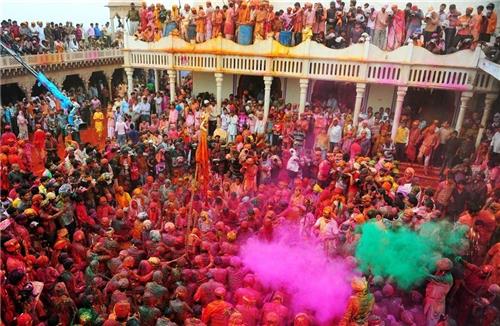 Each household carries some food or sweets to offer to the fire god. Shimga celebrates the end of all ills and evils, the burning of the bad feelings and wickedness in a person. People are expected to give up all rivalries and falsehood and create healthy relations with people around them.

On the day of Rangpanchami or Dhuleti, children and young adults both get together with their water balloons, colors and pichkaris (toy guns in which colorful water is filled). People are known to drench themselves completely in water and color each others’ faces and clothes.

One of the main attractions of the festival is the sport of pot breaking. The sport has its roots since the times of Lord Krishna. A group of young men form a huge human pyramid and try to break a pot which contains butter or buttermilk and money hung several feet high on the street. The women folk in turn keep splashing water on them in an attempt to restrict their access. 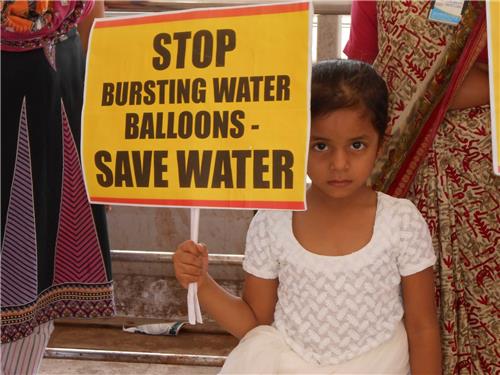 An extreme water crisis in Maharashtra had prompted people to play a waterless Holi in 2013. Portable or non-portable water tankers did not make an appearance outside housing societies last year. An initiative called Paani ki Pehchaan sent strong messages encouraging people to celebrate Holi with a difference. The celebrations took on a sombre note with major celebrities like Amitabh Bachchan appealing to the masses to celebrate a dry Holi.

Food and Drinks on Holi in Maharashtra 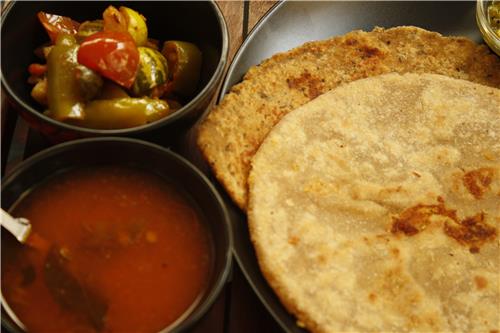 One special delicacy that is prepared during the festival is the mouth-watering Puran Poli. Children sing out slogans of Holi re Holi, Puranachi Poli which means Holi o Holi, sweet-stuffed bread. Apart from Puran Poli, people also drink sugarcane juice and eat hearty quantities of watermelons.

Bhaang is a special drink prepared and served on the occasion. With main ingredients like milk and leaves of the cannabis plant, a special flavor is added to it with cardamom, cloves, nutmeg and some rosewater. The strong flavor and essence is known to give a feeling of ‘high’ when drunk in excess quantities. 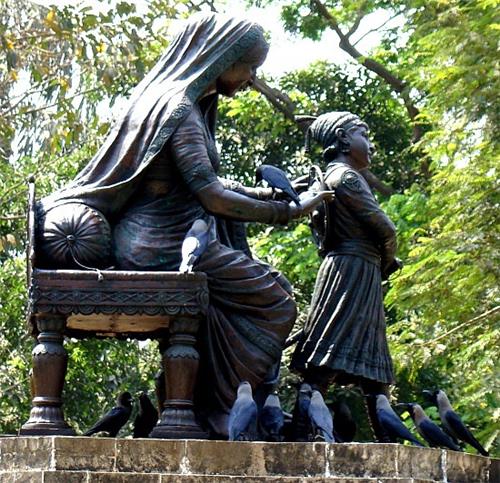 Legend and History of Holi in Maharashtra

In general, the festival commemorates the innocent and mischievous Krishna as a child who loved to steal butter from the neighbors’ houses.

In Maharashtra, the earliest historical records of the celebration of the festival can be found in the evidences from the Maratha Empire. It was on this day that Jijabai who was then five years old playfully splashed water and red color on the young Shahaji. The gesture was regarded as auspicious at the time and on the same day; an announcement of their engagement was made.

In Mumbai, since the past two years, the trend of playing a dry Holi has been on the rise. This gesture is especially aimed at water conservation. Many campaigns were run before the festival making an ardent appeal to people to refrain from using water in the celebrations. 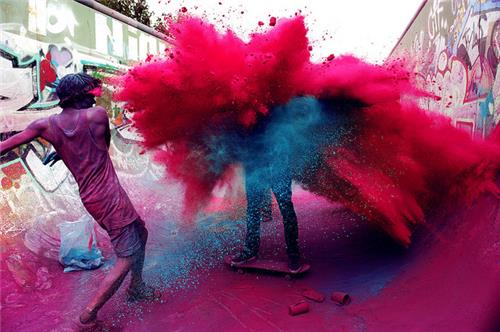 While most people spend the festival with their friends and family, there are special Holi parties organized by clubs for the members. The number of bonfires lit has seen a decline over the past few years as it causes smoke and pollution. However, many housing societies still uphold the tradition and light one in their building compound.

With the festival becoming more commercial in the cosmopolitan city, all people irrespective of religion or community participate in the celebration.