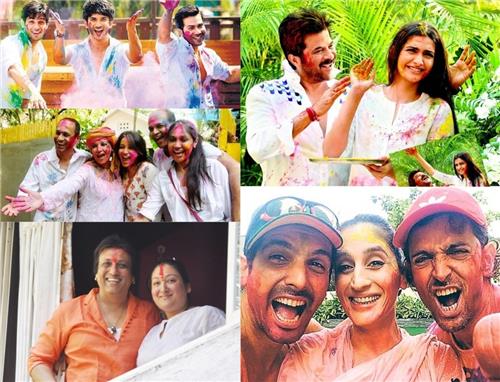 Holi and the Film Industry have a long standing history. Bollywood never forgets to set the stage on fire every time and releases new songs on the occasion of Holi every year. Bollywood itself becomes a lively platform for parties and Holi bashes during this time. Nowadays, tele-series are also very active in showcasing this festival in their storyplays.

In the early years of Bollywood, Holi was only celebrated in Mumbai’s R.K. Studio, where Raj Kapoor commemorated the festival with his family and friends. This tradition of celebrating Holi was further carried on by other famous Bollywood personalities including superstar of the millennium- Mr. Amitabh Bachchan who still loves to celebrate Holi in his famous residence- ‘Pratiksha’. 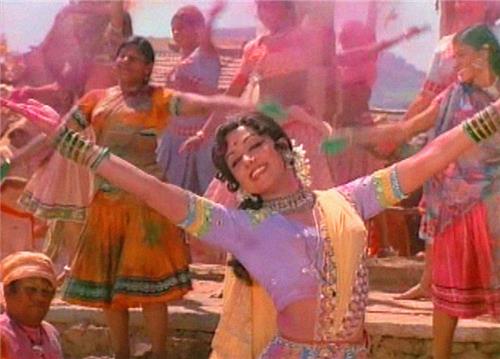 Now a days all the superstars can be seen partying and wishing their friends and fans on Holi. From the last few years, Zoom Holi Party is something that Bollywood celebs look forward to everytime. Many models and stars can be seen bumping into each other at this colourful and lively event.

It s not just the off camera Holi parties that are part of Bollywood, but the festival has also played an integral part in several  movies as well. There are many hindi movies which carry the essence of the festival. Many movies have been based on the festival of Holi, such as Bhakt Prahlad . Then another record breaking movie called Sholay was released which had a famous song: "Holi ke din dil khil jaate hai, Rangon me rang mil jaate hain". 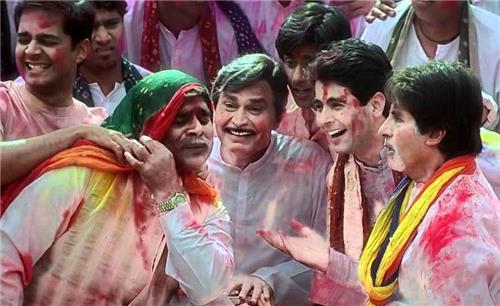 The great Mr. Amitabh Bachchan sang Rang Barse Bheege Chunar Waali and Holi Khele Raghuveera Awadh Mein which are one of the most popular Holi songs till now.

Many other Holi themed songs have been a part of Bollywood just like ‘Kati Patang’ in which Rajesh Khanna was seen singing the popular ‘Aaj na chodenge bas humjoli’.

One famous song related to Holi was there in the film, Mother India : ‘Holi ayi re kanhayi rang chalke asuna de zaraa bansuri’.

Another Bollywood creation on holi is the song Do me a favor, let s play Holi from the movie Waqt starring Akshay Kumar and Priyanka Chopra.

Another hit chart-buster and the latest Holi dance number was released in the year 2013 from the movie "Yeh Jawani Hai Deewani" starring Ranbir Kapoor and Deepika Padukone. The name of the song was, Balam Pichkari".

Here s the list of Top Holi Songs to put in your playlist this year:

All these filmy songs on Holi show how Bollywood has contributed a lot to our cultural festivities in a very delightful manner. Hope you ve enjoyed this bollywood journey with us!

Wish you a Very Happy Holi!!!