There are numerous legends associated to Holi, which give meaning to this festival making it even more colourful. The festival is being celebrated for years in India and all these legends have been carried forward from one generation to the other. With every Holi, we revive these stories with the victory of good and end of devil and celebrate this pure festival.

We bring you some popular legends related to the festival of Holi: 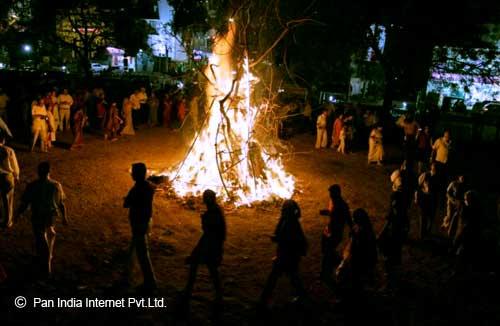 Hiranyakashyap was the strongest demon of his times and was considered to be the winner of all Gods. Whomsoever he fought with became a loser at the end of the battle. So he ordered everybody to obey and worship him instead of the almighty. He in his family had one sister named Holika and a son named Prahlad, who was a great devotee of Lord Narayana. However, Prahlad had disobeyed his father’s order by treating Lord Narayana as God.

Hiranyakashyap decided to kill his son Prahlad with the help of his sister Holika who had the boon that she will never be affected by fire. Holika took Prahlad in her lap and sat in a fire to kill him. Prahlad kept on chanting Lord Vishnu s name and his mantras. His faith in his God proved right as the fire did not affect him but burnt down Holika in spite of her boon. Since that day people light bonfire in temples and celebrate Holi on the death of the demon.

Holika Dahan is celebrated in the evening before Holi. 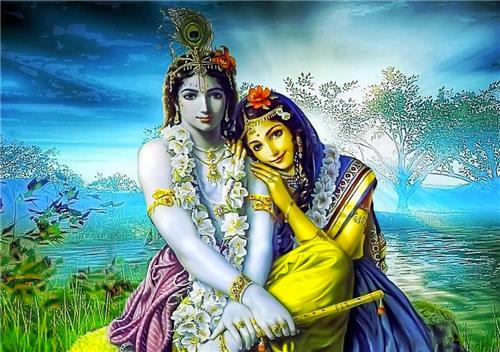 The Legend of Radha Krishna

Krishna, being the mischievous child of Yashoda, was a prankster and was also the creator of many legends for himself. He once asked his mother - why is Radha fair and I am Dark? Mother Yashoda replied to him saying – If you are so much jealous of Radha’s color than go and put dark colors on her and she will also turn dark like you. Lord Krishna went ahead and did the same. Since then each lover usually put color on his/her beloved to pay homage to Lord Krishna.

Another legend says that once the demoness called Pootana tried to kill Krishna by giving him her poisoned milk. The miracle boy Krishna is said to have sucked the milk so intensely that he drained the demoness out of her life. Hence, the biggest celebration of Holi takes place at Mathura where this incident happened with Krishna. After the death of demoness Pootana, people of Mathura till date celebrates this festival in the evening by lighting bonfire. 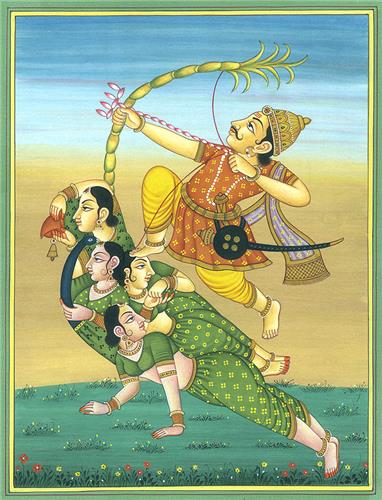 The legend has it that when Lord Shiva’s partner Goddess Sati devoted herself to fire after her father, King Daksha insulted Shiva.  Lord Shiva got extremely miserable after this incident and sat down for meditation. He abandoned everything, including his responsibilities for the world, which worried other gods. That is when all the gods went up to Kaamdeva, the god of love and passion, and asked him to help Lord Shiva and bring him back. Kaamdeva heard their plea despite knowing that it wouldn’t make Shiva happy.

Kaamdeva then struck Shiva with his Love arrow, which made him very angry and he turned the god of love into ashes with his third eye. But he left the effect of love on Lord Shiva and he married Goddess Parvati.

Later on, Kaamdeva’s wife prayed Shiva to bring back her husband and he accepted her request and brought him back to life.

In South India, on Holi people worship the love god, Kaamdeva for his sacrifice.