“Under this flag, there is no difference between a prince and a peasant, between the rich and the poor, between man and women."~ Sarojini Naidu 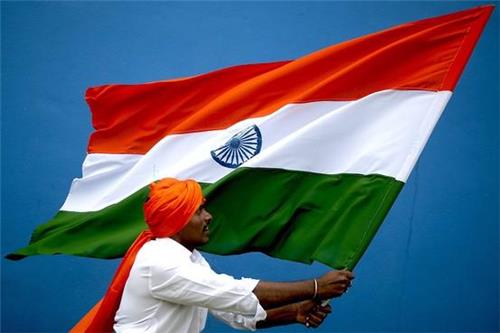 History of the Flag of India

The Indian National Flag is said to have evolved a few times ever since its inception during India’s freedom struggle to have finally arrived at its present day image.

The first National Flag or Tiranga, originally comprised of 3 horizontal stripes, with the top column of green with lotuses, followed by a yellow stripe with ‘Vande Mataram’ written in Hindi, and the third stripe was in red with a sun and a moon made on it.  This flag was first hoisted on 7th August, 1906 in Calcutta (now Kolkata).

The second national flag looked almost like the first flag, with a little variation in the top stripe, which had seven stars replacing the lotus, to denote the seven Saptrishis. This flag was first hoisted in Paris by Madame Cama and a group of exiled activists in the year 1907.

The third flag with new changes was first hoisted in 1917 by Dr. Anne Besant and Lokmanya Tilak during the Home Rule Movement. This version of the flag looked quite different from the first two, it had five red and four green horizontal stripes, with seven stars arranged in the Saptarishi formation across the flag. The Union Jack (National Flag of United Kingdom) was made at the top left corner and on the top right corner a crescent with a star was made.

The 4th design of the flag was first seen at the All India Congress Committee Meet in 1921, in Bezwada (Vijayawada). This flag was made of mainly two colors red and green, representing the two main communities, namely Hindu-red and Muslims-Green. It was designed by a young man in Andhra Pradesh, who had walked up to Gandhi ji wih his design and presented it. Gandhiji decided to adopt the flag, by making a variation of his own and suggesting to add another white stripe to represent the other religions of India. E also suggested a spinning wheel be added to symbolize progress and growth of the nation.

In the year 1931, we finally arrived at a flag which molded the history and the foundation of our present day national flag. A resolution was passed to adopt the tricolor with three horizontal stripes, with the top one being saffron, then white and then green, with Gandhiji’s spinning wheel in the middle of the white stripe. It was made clear that these colors had nothing to do with the religion or the casts of a community and were not to be misinterpreted.

On July 22nd, 1947, this design of the flag was finally adopted as the National Flag of Free India, with a small variation. The spinning wheel in the centre of the white stripe in the middle was replaced with the Dharma Chakra of Ashokan Empire and this became the emblem of the National Flag of India or the Tricolor.

Preamble of the Flag Code of India


"The Ashoka Wheel in the center of the white is the wheel of the law of dharma. Truth or satya, dharma or virtue ought to be the controlling principles of those who work under this flag. Again, the wheel denotes motion. There is death in stagnation. There is life in movement. India should no more resist change, it must move and go forward. The wheel represents the dynamism of a peaceful change." 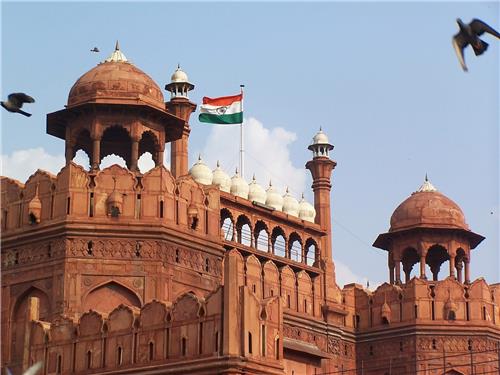 This special day revives in us the nationalist spirit. There are celebrations all over the country. We listen to patriotic songs and there are assemblies all over to salute the national flag. People watch the colourful march-past of the local police or the military forces. In educational institutions, the march-past is usually done by students and the National Cadet Corps (NCC) cadets. Sweets are distributed and free movie shows featuring Nationalistic and Patriotic movies are shown.