The National Symbols have been chosen very carefully to describe India, its characteristics, its people, culture, diversity and its pride as aptly as possible through symbols like the national fruit, bird , animal, flower and tree. 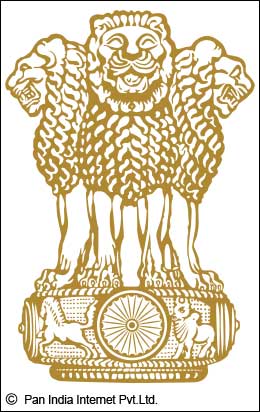 The National Emblem of India is a replica of the Lion of Sarnath, near Varanasi in Uttar Pradesh. There are four Asiatic lions (one hidden from the view) standing back to back - symbolizing power, courage, pride and confidence - mounted on a circular abacus. The base has a Dharma Chakra at the center, a bull on the right and a galloping horse on the left.

The words Satyameva Jayate in devanagri script are inscribed at the bottom meaning “ truth alone triumphs”. This is a quote from Mundaka Upanishad, the concluding part of the sacred Hindu Vedas. The National emblem is a symbol of contemporary India s reaffirmation of its commitment to world peace and goodwill. This National Emblem was adopted on 26 January 1950, the day that India became a republic.

The national calendar of India was adopted on March 22nd 1957. The calendar is based on the Saka Era with Chaitra as its first month and Phalgun as the last month. The year comprises of 12 months and 365 days. The national Calendar of India is used along with the Gregorian calendar for the following official purposes- 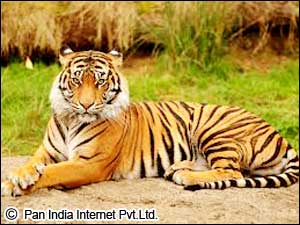 The Bengal Tigers was chosen as the national animal of India in 1973 when Project Tiger was initiated to conserve the tiger population and prevent poaching. The Bengal Tiger is only found all though India except the north-western region.. The characteristics of the tiger seems befitting to India as it represents pride, strength, suppleness and power. Tigers also represents the wealth of the wildlife in India. Prior to this, the lion was the national animal of India. 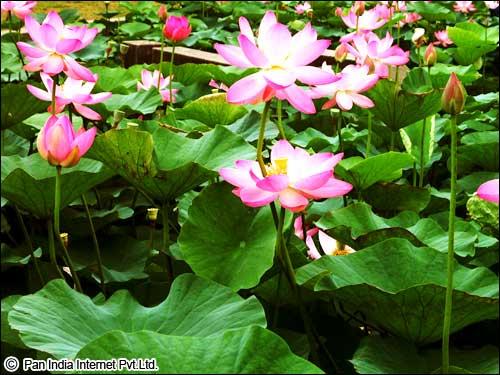 Lotus holds a major significance for Indians as it has been an integral part of the Indian Mythology. Goddess Laxmi, is said to be seated on this flowers and therefore, it has a spiritual value. The lotus flower stands for wealth, prosperity and fertility. If you’ve seen a Lotus flower, you’ll notice that it grows in mucky water with its wide leaves spread out on the water surface and a long stem growing much above the surface with the flower on the top, signifying the ability to remain untouched and unaffected by impurities, and remain pure like the Lotus. It also signifies achievement, long life and good fate. 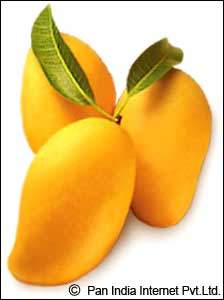 The moment the fruit mango is mentioned, India is the first place you think of. Most Indians, especially children devour mangoes and most adults have some fun memories with mango eating competitions with siblings and friends. You don’t have to really wonder why, its simple, mango is one of the most delicious fruits one can have and India is famous for it. Mainly for the sweetness and the ripeness of Mangoes, it has been selected as the national fruit of India. It’s said that the Mughal Emperor, Akbar had planted around 100,000 trees in the Darbhanga, Bihar. So besides being tasty, and a national symbol, it’s also an ancient fruit in India. 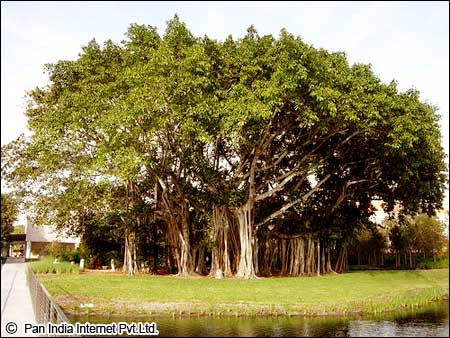 If you’ve seen a Banyan Tree, you’ll notice how one tree has so many branches and several roots growing out of it. Because of the trees size and deep roots, the new roots that grow down from a banyan tree meets the ground and helps support it main tree and new trees grow out of the roots. This unique characteristic of the tree signifies the immortality, unity and deeps roots of India and its people.

It also holds a great significance in the India mythology. It’s believed that the leaf of the ‘Bargad’ or the ‘Vat Vriksha’ is the resting place of Lord Krishna. The banyan tree has tremendous medicinal value and because of its vastness, provides protection to all kinds of animals and birds. It’s known that in the old times traders travelling long distances used to take shelter under the banyan tree. This reflects the diversity in culture, religion and castes present in India. 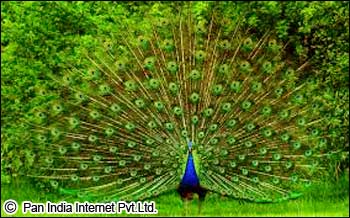 Peacock was adopted as the National Bird of India in 1963. The peacock has a very significant role in the Indian culture and is considered to represent grace and beauty.  Another reason for selecting peacock as the National Bird is because it’s a very common bird and it can be found throughout the country. Almost all Indians living in the country will have spotted a peacock sometime or somewhere.