The nation remembers the former Prime Minister, Indira Gandhi on her death anniversary every year on 31st October. She was India’s first woman prime minister and served the country from 1966 to 1976 and from 1980 to 1984.She was an eminent figure of Indian National Congress. A slew of reforms were introduced in India under her leadership.

Indira Gandhi is remembered for giving strong leadership to the country during the conflict with Pakistan in 1971. She even nationalized the oil companies after the war against Pakistan when India faced crisis. The credit for introducing the Green Revolution in India goes to her. It was instrumental in curbing India’s food shortage, since an unprecedented increase of agricultural produce was seen. 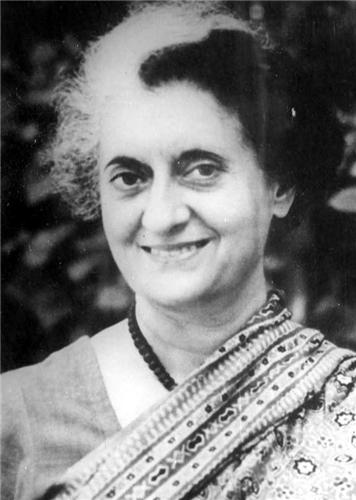 Operation Blue star was ordered by her in order to fight the Sikh militants. As a repercussion of this, she was assassinated by her own Sikh bodyguards (Beant Singh and Satwant Singh).The nation pays homage to the Iron lady of India for her devotion towards country. Politicians and other dignitaries pay floral tribute at her memorial Shakti Sthal, New Delhi. Several functions are organized throughout the country, in order to emphasize her importance in nation building.

“The best way to find yourself,
is to lose yourself in the service of others”.