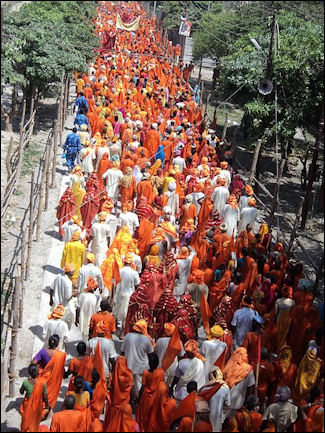 Agra, one of the cities of India with a global acquaintance is the location for Kailash Mela. Every year in the months of August and September, the fair is witnessed by thousands of devotees from near by places. This month long carnival is organized at Kailash Temple, 12 Km from the main city.

Every year the fair is celebrated in honor of Lord Shiva with lots of religious festivities and celebrations. It is believed that Lord Shiva, himself is present at Kailash temple in the form of stone lingam and fulfill wishes of all it’s devotees. As per the anecdote, Lord Shiva appeared here in the disguise of stone lingam and still present at this sanctified place to listen prayers of all devotees. Believing to the above fact, large number of people gathers here to pray and wish with full devotion.

The Festivity of Kailash Fair 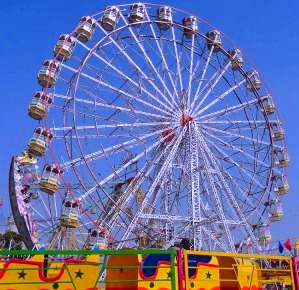 The vibrant ambiance at Kailash Fair turns it into the colorful carnival full of joy and happiness. Temples, streets and shops are decorated with colorful papers and many temporary shops are also set up for selling toys, foods, sweets, and even ornaments. People dressed in colorful attire and beautiful ornaments, makes it the delightful site for tourists also. Many devotees can be found deeply dissolved in devotion for Lord Shiva by chanting mantras. In true sense fair proves to be the visual treat for all gathered to enjoy the event.