Rajasthan is rich in its culture and tradition owing to the diverse religions and ethnicity in the country. The dance, music and art forms of Rajasthan are fascinating and mesmerizing. The state is also known for the fairs it holds every year. Khatu Shyamji Mela is one such gathering organized by Rajasthan annually.


Khatu Shyamji Temple is an important pilgrimage site in Rajasthan. However, it is more popular for the annual fair that takes place around February and March. Khatu Shyamji is a home of the famous Shyamji temple. Shyam is another name for ‘Krishna’. All round the year this place is hoarded by devotees, but the number almost doubles during the time of fair. Numerous followers of lord Krishna gather at this yearly fair between Phalgun Sudi Dashmi and Dwadashi. The Khatu Shyamji Fair lasts for three days.


The legend behind this Khatu Shyamji fair is rooted in the Indian history since the time of Mahabharata. Before the battle of Mahabharata started, the grandson of Bhima, Barbarik went to lord Krishna and Pandavas and he volunteered to fight from their side. Barbarik was very brave and a great warrior. Lord Shiva and the god of fire blessed him with three infallible arrows. They also gave him the Bow, which would make him victorious in all the three worlds. Lord Krishna thought that it would be unfair as the war might end without justice because Barbarik was very strong and the battle between the Pandavas and Kaurwas will end in haste.

Barbarik wanted to participate in the battle from the side of the loosing end and he equipped himself with the bow and three arrows and fled on his horse. Then lord Krishna played a trick. He took the appearance of a Brahmin to examine his strength and played jokes on him for heading to the battleground with just three arrows. 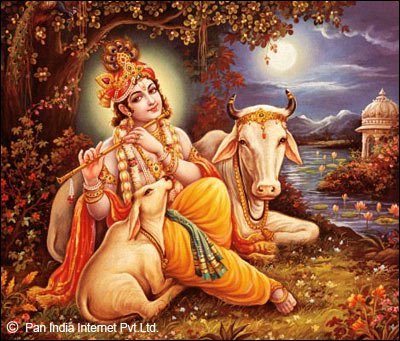 Barbarik then explained the Brahmin that only one arrow was enough to destroy all the enemies in the war. If he would use all the three arrows, it would create chaos in all the three worlds. Lord Krishna challenged him to tie all the leaves of the peepal tree under which he was standing, with one arrow. Barbarik took one arrow from his quiver and released it from his bow.

The arrow tied all the leaves together, but lord Krishna had one leaf under his foot. The arrow then started revolving around his foot, and he asked the Barbarik, whom he would favour in the war. Barbarik restated that he would fight for the side, which loses. Lord Krishna had foreseen the defeat of Kauravas, he thought if this brave boy joins them, the result would be in their favour.

The Brahmin (Lord Krishna) asked for daan from the boy. Barbarik promised to give him anything he wished for, and then the brahmin asked him for his head in daan for worshipping the battlefield by sacrificing head of the bravest Kshatriya. Barbarik readily obeyed him and chopped off his head. Lord Krishna was enamored with the sacrifice and blessed him with two boons, namely, first was that he would see the war from the small hill, on which Krishna had placed his head and the other was that he would be worshipped as ‘Shyam’ in Kalyug.

Barbarik’s head was buried in Khatu. After many prolonged period head was found in the earth when the place was digged. A Brahmin worshipped the head for many days and then the King of Khatu built a temple and installed the head "SHISH" on the 11th day of Shukla Paksha in the Kartik month.