Chin-Kuki-Mizo-Kut, popularly known as Kut Festival or Chavang Kut, is one of the most eagerly awaited festivals of Manipur. It is celebrated on the first day of November every year with great enthusiasm and joyousness. Although it is primarily the official festival of the Mizo people (called “Kuki” in Manipur and “Chin” in Myanmar), people of all communities come together and partake in the merriment.

Before the arrival of Christianity, the Mizo people, along with the other tribes and communities of the north-east were animist and naturist. They worshipped elements of nature that gave them their means of livelihood. As these elements were their gods, they showed gratitude in the form of such festivals. Chavang Kut is thus celebrated to mark the end of the harvesting season, to thank the gods for their blessings, and to rest and relax before the next agricultural cycle begins. That is why it is named so, for chavang means “autumn” and kut means “harvest”.

How Chavang Kut is Celebrated

In the olden days, the celebration of Chavang Kut included many rituals and lasted days. The village priest would distribute ju (rice beer) to the people, after performing the main rites. Then, everyone would join in the festivities, and there would be much singing, dancing, and merry-making. Sports competitions and feasts were also organised. With the coming of Christianity and subsequent brush with cultures of the outside world, the festival underwent a few changes. But even its evolution does not take away its innate significance. For one thing, though the Kuki people have adopted Christianity as their religion, they can still honour a higher being for the blessings they receive for their harvest. That is why Chavang Kut is often likened to Thanksgiving. The pastors can also be said to have taken over the role of the village priest.

Today, Chavang Kut celebration lasts for two days. The highlight of the festival is the grand finale of the second day: the Miss Kut beauty pageant, which includes performances from many talented music artists. It is organised in a grand manner, supported by people from various communities, and attended by the top dignitaries of the state. Although it is a much more modernised version of its former self, it remains a formidable festival for that reason: it effectively blends the old with the new. 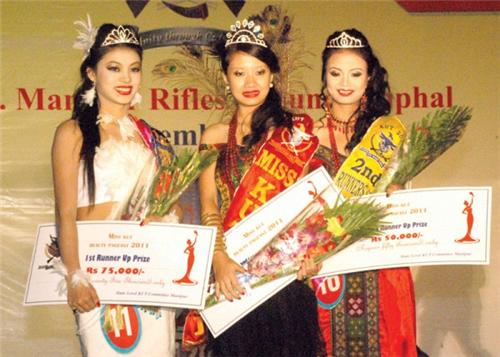 The Importance of Chavang Kut in Manipur

In a state where the number of tribes and ethnicities of people are innumerable, Chavang Kut remains a hit with the masses in general. But why so? Chavang Kut honours the generosity of God, and as such, it is a generous festival in itself. It’s not just an occasion in which the Kuki/Chin/Mizo people show off their traditional beauty and heritage; it is also an event to which everybody is welcome. The grand finale attracts an audience that crosses race and religion; the spirit of the night is shared by one and all. This is the reason why Chavang Kut is held as one of the biggest and most adored festivals of Manipur.
Add comment
JComments
Download Hindi Festival Calendar 2022
Get free websitefor your Business