The freezing weather not withstanding Delhi is awash with lots of hectic activity to prepare for the arrival of the harvest festival – Lohri. It is celebrated on 13 January every year on the auspicious day of Makar Sankranti, the Lohri of north India coincides with Pongal in Tamil Nadu, Makar Sankranti in Bengal, Uttrayan in Gujarat, Magha Bihu in Assam and Tai Pongal in Kerala.

It announces the departure of the cold season, welcoming the crisp, warm weather signaling the arrival of summer. Lohri is essentially a festival dedicated to fire and the sun god as sun transits the zodiac sign Makar (Capricorn), and moves towards the north called as Uttarayan. 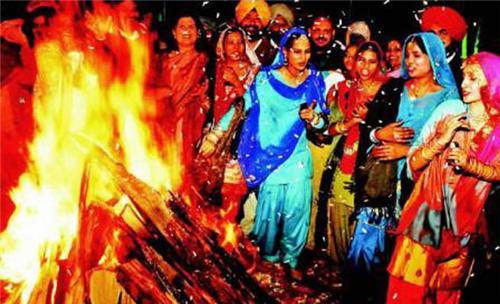 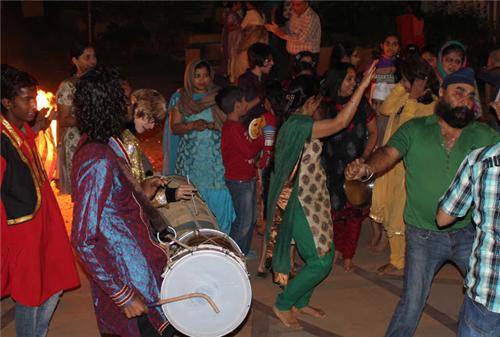 It celebrates the arrival of spring and is a harvest festival. In a big city like Delhi as opposed to the villages of Punjab, it is celebrated as a day to thank god for the many favors and celebrate the blessings.

Lohri is associated with many fables and folklore, it is said that Lohri has derived its name from Loi, the wife of Sant Kabir. It is also believed that Holika and Lohri were sisters while Holika perished in the Holi fire, Lohri survived and is celebrated during the Lohri festival.

The most famous legend is of Dulla Bhatti, a Robin Hood like robber who lived in the times of King Akbar, he used to help the poor and save their daughters from being sold as slaves and get them married into good families and provide dowry for their marriage. Lohri is the occasion to remember Dulla Bhatti and thank him for his deeds. This folk-song  explains the deeds and actions of Dulla Bhatti and his association with Lohri:

Meaning - Dulla got his daughter married and gave her a kilo of sugar as a marriage gift.

Children from all over the city move from door to door, singing this song and asking for treats and money to celebrate the festival in the evening.

The city itself is brightly decorated with lights and the malls and hotels too are beautifully decorated. They welcome everyone to celebrate the festival with various options, right from movies, shopping or sightseeing.

The evening brings with it the lighting of a huge bonfire in all homes and the people take three rounds (Prakirma) of the holy fire. It is an auspicious fire and newlyweds and newborns must be taken around the fire.

Lohri celebrations are an extravaganza for the people of Delhi which has a large Punjabi presence and the families pull out all the stops especially if they have a newly married couple or a new born arrival to celebrate. The main ritual of Lohri is the lighting of the bonfire and offering the traditional foods like jaggery, til, popcorn, peanuts & gajak. This is followed by traditional foods of Makki ki Roti and Sarson ka Saag for dinner.

The houses are decorated with lights, parties are planned and celebrations start with the traditional blessings of elders. The modern Delhi combines the Dhol music and traditional dances with some peppy hit bollywood numbers to their more ethnic songs and dances.  A large number of families also turn it into a huge party with a communal bonfire and parties. It is an occasion to share your joy and blessing with loved ones.