The word Naina is synonymous with Sati’s eyes. The temple of Naina Devi is situated on the top of a hill of Nainital named Naina hill. The Naina Devi Temple is an important pilgrimage and attracts thousands of devotees from far and near every year. There is a myth behind this beautiful place about goddess Sati or Parvati. There is a beautiful lake too known as Naina Lake. It’s said this lake this is the two blue eyes of goddess Naina. 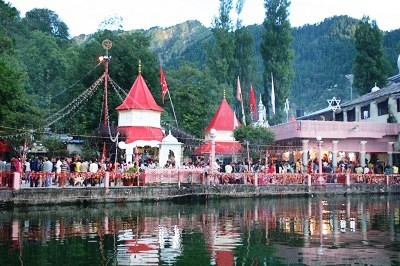 During the time period of August or September a large fair is organized to celebrate the importance of goddess Naina and so the Naina Mata Festival. During the time of fair people of this place adorn their houses and shops to celebrate this festival. In this Naina Devi Fair folk cultural programs are organized. People perform folk music and folk dances. The fair lasts fort eight days and all the days and nights during it are celebrated with joy and delight along with the religious sentiments.

Once the devotee reaches the hill top, they buy offerings from various shops located just outside the temple. After crossing the main gate, there is a huge Banyan tree. On the right side of the temple there are idols of Lord Hanuman and Lord Ganesha. After reaching the main entrance of the temple, there are two statues of lions. Inside there is the idol of Naina Devi having two large eyes.The Naina Devi Temple has a legend behind it. Sati, the daughter of Raja Daksh was a great devotee of Shiva. She performed extreme prayers and rituals and got married to Shiva. Daksh always envied Shiva and he insulted the latter by not inviting him to the ceremony where all other deities were invited. 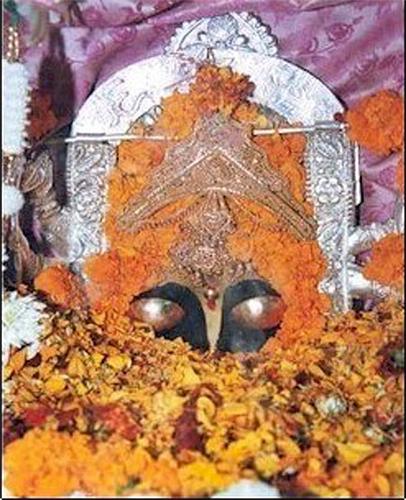 To avenge this insult to her husband Sati jumped into sacrificial bonfire. Mourning the death of his beloved wife, furious Shiva picked he corpse and gyrated his horrified dance. Lord Vishnu had to unleash his Chakra and cut Sati s body into fifty one pieces to save the earth from Shiva s wrath. All the fifty one places - where parts of Sati s body fell, became known as Shakti Peeths It is believed that Sati s eyes fell at the place where this temple is situated. Therefore, this temple is called Naina Devi.
Add comment
JComments