Celebrations of New Year s Eve have become popular in India since the last decade. New Year s Eve is celebrated with great gusto and zeal all over the country.

New Year Eve’s celebrations are the perfect blend of the western and Indian culture. People adorn their houses with fresh flowers and colorful rangoli on the occasion. The eve comes with exciting plans for each age group. 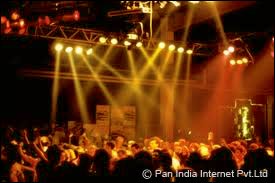 People, irrespective of their age group plan their programs for the New Year s Eve well in advance. The young waits eagerly for the day and have their own style to welcome the New Year by enjoying together with friends and family members.

Metropolitan cites have special charisma of New Year Eve. The cities are decorated and there are a lot of lighting on the roads and many such efforts are taken to add to the enthusiasm in the air. The discotheques and pubs in these cities are found jam packed with the younger people. Metro cities also organize concerts or musical shows for the entertainment of the public.

The elder people and other senior citizens enjoy family gatherings and social parties at restaurants or houses while some few prefer watching different programs on television. There is also trend of playing several indoor games which are designed by the hosts of the party. The major heart throb of the evening which is practiced almost every place of the celebration is the sparkling fireworks right at the time of the farewell of the older year and welcome of the New Year.