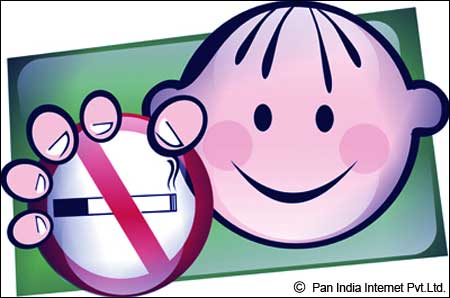 Tobacco consumption in any form is dangerous to our health. People need to be made aware of the ills of tobacco. World No Tobacco Day is the event dedicated to call attention towards the impact of tobacco use on public health and reduce individual tobacco dependence. Governments of all the countries across the world are imposing strict regulations on tobacco products.

Every year May 31 is observed as World No Tobacco Day since 1987 after the unanimous decision of the members of World Health Organization. It drew global attention to the prevailing use of tobacco and to its negative health effects. The day focuses on reduction of tobacco-related health problems and deaths. Annually around 5.4 million deaths happen all over the world because of tobacco consumption. WHO put a complete ban on advertising tobacco products through any means from May 31, 2008.

According to the Article 11 of WHO Framework Convention on Tobacco Control, large, clear and visible health warnings or other pictorial messages depicting the harmful effects of tobacco use must be printed on all the tobacco products are made mandatory to all countries. It is one of the six important strategies of WHO MPOWER policy package for tobacco control. All products related to tobaccos in India carry graphic pictorial warnings like the skull and cross bones or a cancer-disfigured face or diseased lungs to highlight the hazards of tobacco intake.

According to a National Family Health Survey conducted in 2005-06, in India, over 57 per cent men in the age group of 15-49 years consume tobacco in some form and over 10.9 per cent of women in this age group also use tobacco.

The introduction of reality about the harms and addiction of tobacco products to people helps improve their own health, as well as the health of their families, friends, and others in their community.
WHO honor organizations or individuals who have made exceptional contributions to reducing tobacco consumption.