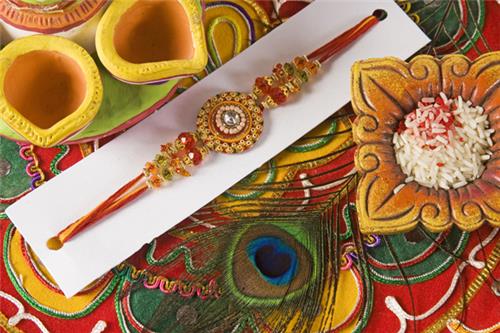 It is not the rituals, customs and traditions that change over the time but the celebration styles and perspectives that become contemporary. For centuries this festival has been celebrated in the same way. The traditions are followed with the same enthusiasm. It is the celebration of the chaste bond of love amongst the siblings. Although the present era has modernized the festival immensely, its simple and significant meaning exists incognito. 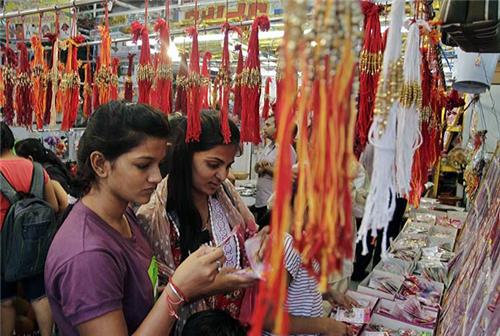 The preparations begin much in advance. Some twenty days ahead of the festival you can see colorful rakhis in the market. Girls start the shopping and preparations quite early. They shop for new clothes and buy rakhis specially the ones that have to be sent to the brothers staying at far away places. The sweet shops, the garment shops, gift shops, all are flooded with things to attract people. 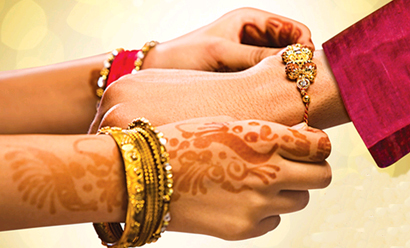 On Raksha Bandhan day, the festivities start by the day break. Every one gets ready early and gathers for the worship of the deities. After invoking the blessings of the Gods, the sister performs brother’s arti, puts roli and chawal on his forehead and ties Rakhi with chanting of mantras. While tying the rakhi this couplet is usually recited:

-"I am tying a Rakhi on you, like the one on mighty demon king Bali. Be firm, O Rakhi, do not falter.

Then she gives him sweets and gifts. The brother accepts her offerings and vows to take care of her and be by her side in the time of need. As a token he gives the sister a return gift and sweets. The Raksha Bandhan ceremony ends here and the celebrations begin. The family reunion itself is the reason for celebration. Tasty dishes, sweets, gifts, singing and dancing and what not. Any Indian festival is incomplete without this.

Congregations like Rakhi Mohotsavas were started by Rabindra Nath Tagore in Shantiniketan. He started this to propagate the feeling of brotherhood amongst people. This invoked trust and feeling of peaceful coexistence. The festival for them is a symbol of harmony. The tradition continues as people tie rakhis to the neighbors and close friends. It is a festival denoting National sentiments of harmony. 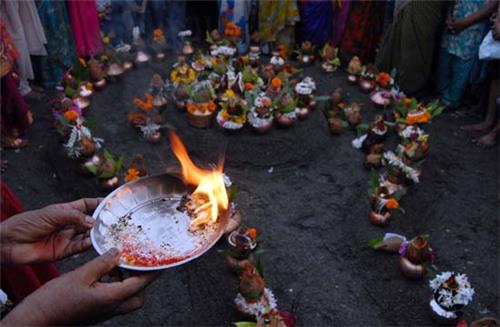 Nariyal Purnima: Coconut Day festival or Narali Purnima is celebrated each year with loads of fun by the people of Maharashtra, Gujrat and Goa namely the fishermen on the full moon day in the month of Shravan. On this day, an offering of a coconut (naral in Marathi) is made to the sea, as a mark of respect to Lord Varuna, the God of the Sea.

Avani Avittam / Upakarmam  Oakhi Purnima is known as Avani Avittam in southern parts of India i.e. in Kerala, Andhra Pradesh, Tamil Nadu and even in parts of Orissa. It is an important day for the Brahmins as they change their holy threads on this day. Brahmins take a holy dip and wear the holy thread called Yajnopavit or Janeyu. The first step is the prayashchita , which is performed as an atonement of all the sins. Mantras are read out at both times when the thread is worn and when it is taken out to be replaced with a new one. 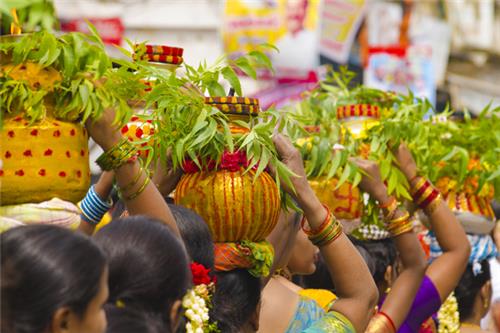 Kajari Purnima: Kajari Purnima is celebrated on the same day as Rakhi mostly by the people of Madhya Pradesh, Chattisgarh and parts of Uttar Pradesh. The rituals of this day are performed by women who are blessed with a son. It holds a lot of significance for the farmers as it marks the beginning of the sowing season of wheat and barley.

Pavitropana: This is mostly celebrated by the people of Gujarat who are devotees of Lord Shiva. On this day holy water is offered to the Lord and people pray and ask for forgiveness.

Kajari Purnima: In central parts of India such as Madhya Pradesh, Chhatisgarh, Jharkhand and Bihar this day is celebrated as Kajari Purnima. It is an important day for the farmers and women blessed with a son. On the ninth day after Shravana Amavasya, the preparations of the Kajari festival start. This ninth day is called Kajari Navami and varied rituals are performed by women who have sons until Kajri Purnima or the full moon day.