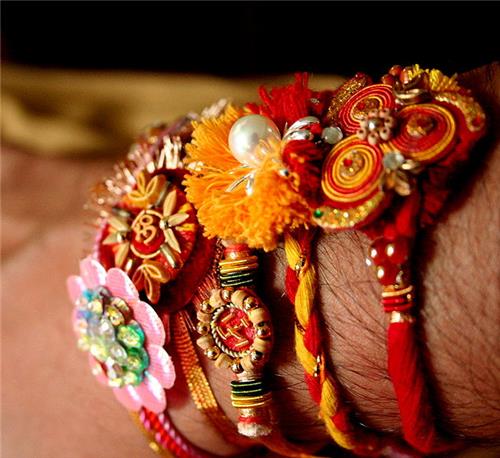 The Shravan or the monsoon month carries all hues and shades of nature and emotions. Religiously speaking Shravan is a pious month and full moon of this all-important month is considered to be a very holy day. It is celebrated in different ways for different reasons almost throughout the country. For the siblings it is the eternal tie of love, for Brahmins the day to take the pledge of Brahmanik rites and for those who depend on sea and monsoon it is the beginning of the new season.

Indian festivals are based on the weather changes and their significance in the lives of people but they do have a story to support the celebrations. The rich Indian Mythology provides a religious reason to celebrate the day in a specific way. Many epics are related to the day and the origin of Raksha Bandhan. The festival finds a mention in most of the epics and its origin can be traced back to the mythological Pouranik times. 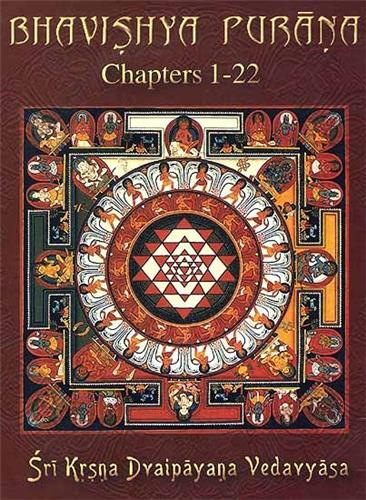 The Legend in the Bhavishya Purana

The legend refers to a war between the Gods and the Demons. The demon King Brutra was advancing and the Gods lead by Lord Indra, were on verge of defeat. The king of Gods, Indra approached Guru Brihaspati to find a solution to the situation. Brihaspati asked Indra to tie a sacred thread on his wrist, powered by the sacred mantras on the Shravan Purnima. Lord Indra s Queen Sachi also called Indrani, empowered the thread and tied it on to his hand on the decided day. The power of the sacred thread called Raksha helped the Gods to victory.

The Legend of King Bali and Goddess Laxmi

According to another legend Demon King Bali was a great devotee of Lord Vishnu. Lord Vishnu had taken up the task to guard his kingdom leaving his own abode in Vaikunth. Goddess Laxmi wished to be with her lord back in her abode. She went to Bali disguised as a Brahmin woman to seek refuge till her husband came back. During the Shravan Purnima celebrations, Laxmi tied the sacred thread to the King. Upon being asked she revealed who she was and why she was there. The king was touched by her goodwill for his family and her purpose and requested the Lord to accompany her. He sacrificed all he had for the Lord and his devoted wife. Thus the festival is also called Baleva that is Bali Raja s devotion to the Lord. It is said that since then it has been a tradition to invite sisters in Shravan Purnima for the thread tying ceremony or the Raksha Bandhan. 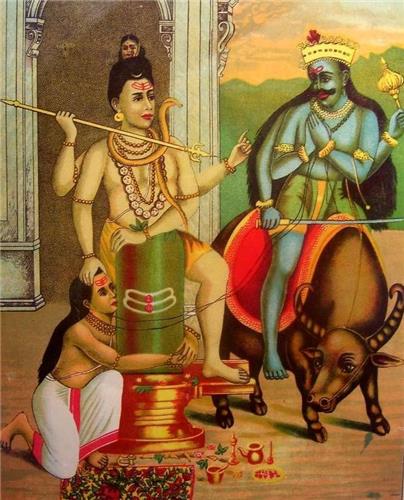 It is said that the Raksha Bandhan was a ritual followed by Lord Yama (the Lord of Death) and his sister Yamuna. Yamuna tied rakhi to Yama and bestowed immortality. Yama was so moved by the serenity of the occasion that he declared that whoever gets a rakhi tied from his sister and promised her protection will become immortal.

Raksha Bandhan finds a mention in Mahabharata when Lord Krishna advised Yudhishthir to perform the ceremony to protect himself and the army from the dangers of the war. It is said that Kunti, the mother of the Pandavas tied rakhi to her grandson Abhimanyu and Draupadi to lord Krishna.

A popular narrative that is centered on Rakhi is that of Rani Karnavati of Chittor and Mughal Emperor Humayun which dates to 1535 CE. When Rani Karnavati, the widowed queen of the king of Chittor, realized that she could not defend against the invasion by the Sultan of Gujarat, she sent a Rakhi to Emperor Humayun asking for help .Humayun immediately set with his troops to defend Chittor but by the time he arrived Bahadur Shah, the Sultan of Gujrat managed to sack the Rani’s Fortress who had already killed herself along with other women to avoid dishonor. Still Humayun kept his promise and when he reached Chittor, Humayun evicted Bahadur Shah from fort and restored the kingdom to Karnavati s son, Vikramjit Singh. 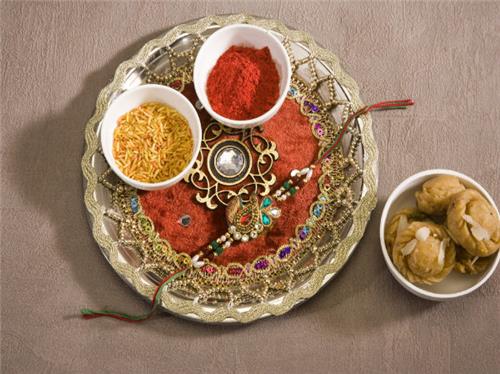 Alexander the Great and King Porus

According to one legendary narrative, when Alexander the Great invaded India in 326 BC, his wife Roxana sent a sacred thread to Porus, asking him not to harm her husband in battle. In accordance with tradition, Porus, a Katoch king, gave full respect to the rakhi. On the battlefield, when Porus was about to deliver a final blow to Alexander, he saw the rakhi on his own wrist and restrained himself from attacking Alexander personally.
रक्षाबंधन की शुरुआत और कथाओं को हिंदी में पढ़ें, क्लिक करें
Add comment
JComments