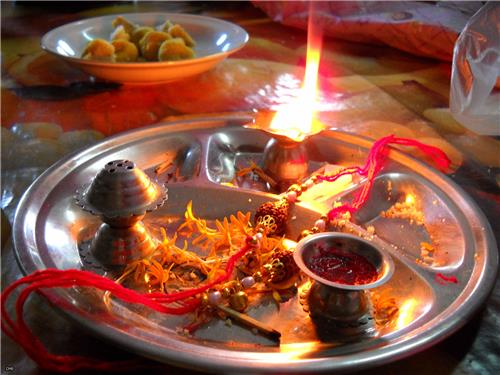 Raksha Bandhan is celebrated on full moon day (Purnima) of the Hindu month of Shravan. According to the mythologies, once when Krishnaji had hurt his hand, Draupadi tore a piece of her saree and tied it on the wrist of Krishnaji. Krishnaji said that he will always protect her. Since that time, on the day of Raksha Bandhan, brothers take a vow to protect their sisters. To mark the ceremony, sisters tie Rakhi on the brother’s wrist..

Preparation for the Raksha Bandhan Puja 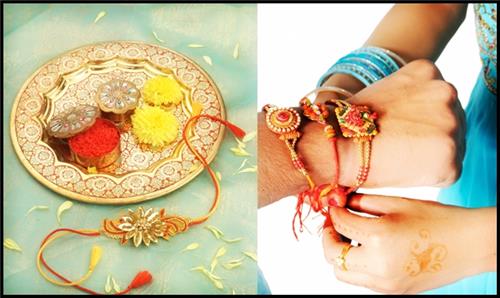 If the brother is residing in another city, all the rakhis along with roli, chawal, mishri are sent in advance to him, the bhabhi and the nephews and nieces. Some people like to send token gifts also.

If the brother stays in the same city, the programme is fixed a few days in advance and a suitable time and venue is fixed. The sister goes to the brother s house to tie the Rakhi.

Vidhi / Method of Performing the Puja 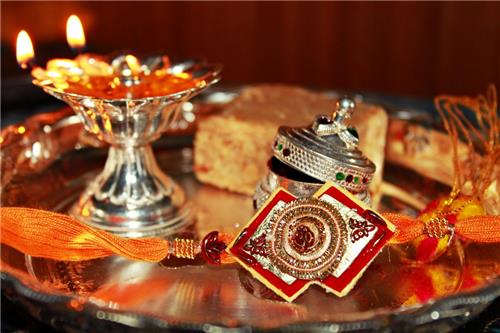 The day prior to Purnima, chuna is smeared on this tikki and Soon (shagun) is made with red clay (geru). These designs could be either a swastik, Ram Ram, Radhe Krishna or any motif. On the day of Purnima when there is no Bhadra, it’s sprinkled with water, roli and chawal and a piece of moli thread with little laddu is pasted on it.