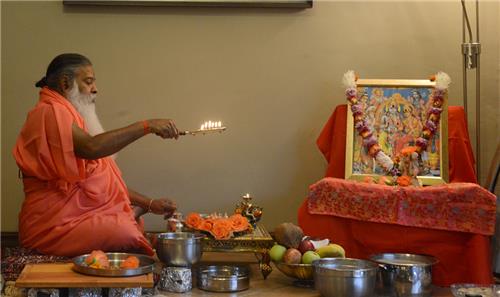 On the 9th day of the Shukla Paksh of Chaitra Maas, Shri Ram was born to Mata Kaushalya and Raja Dasharath. Shri Ram was Surya Vanshi. His birth occurred at 12 noon during the Surya Raashi. This day is also known as Vasant Navratre. 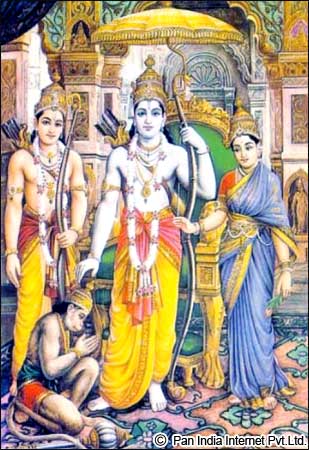 Ramnavami occurs between the month of March and April. Celebrations begin by offering  prayer to the Sun early in the morning. At midday, when Lord Rama is supposed to have been born, a special prayer is performed. In northern India especially, an event that draws popular participation is the Ramnavami procession. The main attraction in this procession is a gaily-decorated chariot in which four persons are dressed up as Rama, his brother Laxman, his queen Sita and his disciple Hanuman. Several other persons dressed up in ancient costumes as work by Rama s solders accompany the chariot. The procession is a gusty affair with the participants shouting praises echoing the happy days of Rama s reign.

Surya - The Sun was recognised as the source of light and heat even in ancient times. The importance of the Sun was much more in the higher latitudes from where the Aryans are supposed to have migrated into India. Many royal dynasties portrayed symbols of virility like the Sun, Eagle, Lion etc. as their progenitor. Rama s dynasty considered them to have descended from the Sun. This could have led to the tagging on, of Rama s birthday to a festival devoted to the sun.

On the face of it Sri-Ramnavmi appears to be just a festival commemorating the reign of a king who was later deified. But even behind present-day traditions there are clues, which unmistakably point to the origin of Ramnavami as lying beyond the Ramayana story.

Also Read: All About Ram Navami

Preparation for the Puja