Pondicherry was a former French colony that got transformed into a Union Territory of India after independence. Though majority of people residing in the region are Tamils, the influence of western culture too could be seen because of the presence of Anglo Indians in equal numbers. Pondicherry, later renamed as Puducherry, reflects the true blend of two different cultures namely Indian and French. Every festival celebrated here displays a unique atmosphere and flavor. Christmas is one of the special occasions that Tamil Christians and Anglo Indians observe with a lot of happiness and excitement. 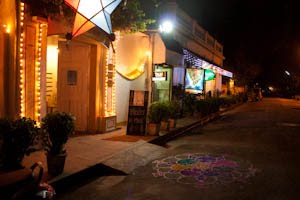 Celebrations With a Touch of Elegance

Contrary to what people imagine the Christmas to be celebrated on a gala note, local people observe it in a serene way. Their celebration reflects classic moments in a unique fashion. Midnight masses are organized at every church displaying the kind of importance people give to an occasion that marks the birth of Jesus Christ. Remembering the life of Christ from birth to crucifixion and resurrection are depicted by the people under the guidance of local pastors. Several memorable instances of happiness could be treasured for sure by both tourists as well as locals in a perfect manner.

Sharing special moments on the day of Christmas is something what people do best in Pondicherry. Official leaders and other dignitaries from Christian missionaries are known to offer their official messages addressed in favor of people. Local churches as Sacred Heart of Jesus are decorated beautifully depicting the unique way of celebrating Christmas with pomp and fervor. There are other notable churches in the region such as the Church of our Lady Lourde at Villianoor where special services are conducted.
Every church in Pondicherry is beautifully illuminated on Christmas night. In fact, people start their preparations long before the onset of the festival reflecting their enthusiasm all over. People distribute sweets among their relatives and offer eateries to the poor on the day of Christmas. Special masses and prayer meetings conducted at Immaculate Conception Church are a part of numerous events for the day. Tourists and locals throng churches in large numbers to offer their prayers to Jesus Christ. Numerous biblical references too are made remembering the life of Christ.

Pondicherry is also referred to as "Little Paris" because of the French influence it has got upon. Perhaps, the existence of French Consulate reflects this very fact in a unique manner. The observation of a huge Cathedral is a perfect variance that is seen in Pondicherry, which is totally different from the rest of India. People never resort to anything that is too showy with modest celebrations experienced quietly everywhere.

Meanwhile, there are masses organized in local official language which is Tamil. It is because of all these features that tourists plan their Christmas tour to Pondicherry during this festive time. Not only they get to see the grandeur of celebration, but also they can offer their prayers. Overall, Pondicherry is a great place to be especially when it comes to rejoicing the Christmas.