"One word Frees us of all the weight and pain of life: That word is love."

Valentine’s Day holds a long tale of legends behind it, as it is as old as love itself. Valentine’s Day is named after the patron saint Valentine who is supposed to be the priest in Rome during the third century.

According to an old legend, the roman emperor- Claudius II decided to outlaw marriage, so that young men can flair well in the battle field, as people who are married fail to do so. St. Valentine raised his voice to oppose Claudius II and helped a lot of couples to get married secretly. 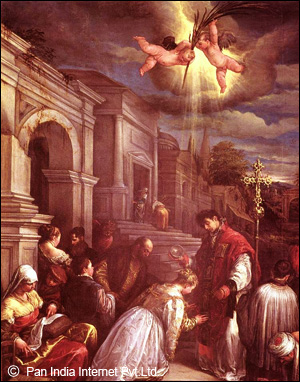 When Claudius II came to know about St. Valentine’s rebel, he was thrown behind the bars and was assassinated on 14 February. Since then, this date has become auspicious for lovers and it is every year celebrated as Valentine’s Day.

Then there is another legend that talks about St. Valentine’s love for the jailor’s daughter Julia, whom he met when he was imprisoned. It is said that she was blind and St. Valentine cured her and she used to meet him secretly.

Before St. Valentine was assassinated, he wrote a letter to her signed, signing it as ‘From Your Valentine’ and these last words are today the most beautiful expression on Valentine’s Day gifts and cards.

The cupid also shares its part in the Valentine’s Day tantrum as being the legendary son of goddess of love, this naughty little kid is held responsible for hurting the young hearts with his love stuck arrows and the person falls in love.
Add comment
JComments