"If a tree is saved even at cost of one’s head, it’s worth it" said the noted activist Amrita Devi Bishnoi. This is the reason why India has so many festivals related to trees. One of them is the Van Mahotsav Day or the Forest Day. It was started as a crusade with the lofty purpose of saving the mother earth.

Van Mahotsav was started in 1950 by K.M.Munshi, the then Union Minster for Agriculture and Food to create enthusiasm among masses for forest conservation and planting trees. It is a week-long festival, celebrated on different days in different parts of India.

In its original aim, every citizen of India is expected to plant a sapling during the Van Mahotsav Week. Also, awareness campaigns about benefits and protection of trees and the harm caused by cutting down of trees are held. It is the festival of life. 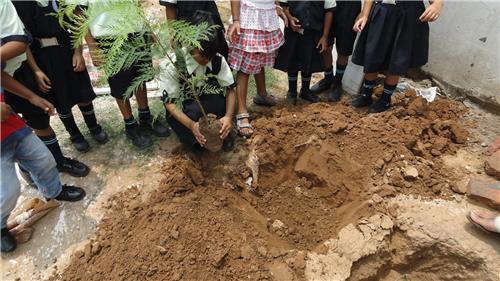 As a part of Van Mahotsav celebrations throughout the country, afforestation drives are launched in a bid to retain the vanishing forest covers of the country. Humans with their greedy needs have cut down a large part of the forest cover. In the name of urbanization and globalization of cities, trees were considered as the major stumbling block. They came in the way of flyovers, roads, hoardings and pavements and hence the easiest solution was to get rid of them altogether. This declining number of trees has brought a major change in climate too. So there is a dire necessity of festivals such as Van Mahotsav, to restore the forest cover in the country.

The dwindling number of rainy days and increase in the intensity of precipitation events raises serious question on the increasing developmental activities taking place at the cost of cutting a large number of trees. India has long been vulnerable to floods, droughts, heat waves, cyclones, and other natural disasters and this trend is increasing with each day. With continuous human intervention against Nature, these disasters can no longer be considered ‘Natural’. An immediate example that comes to our mind is that colossal event that has occurred recently in Uttarakhand, which claimed the life of thousands of tourists and left many stranded.

To further highlight the importance of trees, we can take the example of dense mangrove forests growing along the coastal areas of our country, which helped in reducing the devastating effects of the Tsunami in 2004. They absorbed the oncoming waves and protected a large number of human habitation. 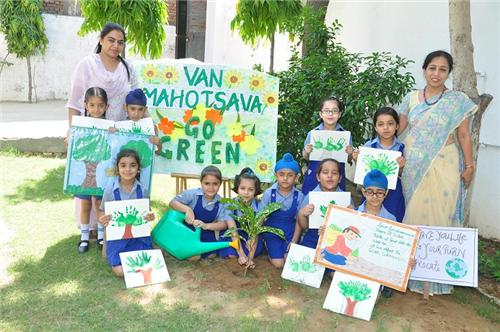 The Van Mahotsav festival of trees is a beautiful initiative to save the environment, to which we owe a lot. Generally, native trees are planted as they readily adapted to the local conditions, integrate into eco-systems and have a high survival rate. Besides, such trees are helpful in supporting local birds, insects and animals as well.

State Governments and civic bodies supply saplings to schools, colleges and academic institutions, NGOs and welfare organizations for planting trees. Let us join hands and save mother earth by doing this small contribution.