Varuthini Ekadashi also known as Baruthani Ekadashi usually falls on Ekadashi during the month of Chaitra or Vaishakha. Prayers and rituals mark this day and devotees worship Vamana avatar of Lord Vishnu in a special way. 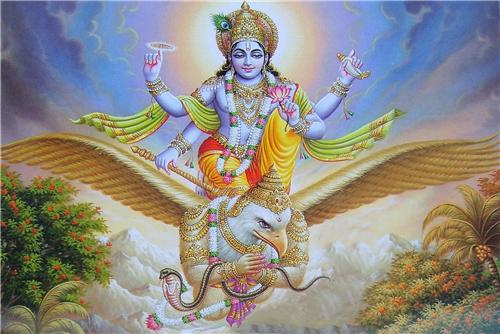 If a person decides to donate on Varuthini Ekadashi, the ancestors and family members will benefit. In Hindu mythology it is generally believed that giving one s daughter in marriage or performing Kanyadaan is the biggest daan (donation). However, if the devotees perform the fast on Varuthini Ekadashi with full religious fervor, benefit of hundred Kanyadaan follows.

Just as on other Ekadashi days, Lord Vishnu is worshiped on Varuthini Ekadashi as well. His fifth avatar Lord Vamana is specially worshiped on the occasion. Devotees make special preparations for the day wherein they have to follow certain rules to make the occasion fruitful for them and everyone else.

Devotional songs are sung during the night hours and everyone in the family participates in the festivities.
Certain activities as shaving one s head, indulging in gambling and applying oil on body should be avoided on this day. Devotees usually observe fast on Varuthini Ekadashi and those who take food one time during this Ekadashi are advised not to consume black gram, chickpea, honey, paan leaves and spinach.

It is believed that if devotees follow all the rituals concerned with Varuthini Ekadashi in true earnest, the devotee s family will be protected from all evils.