Yoga literally means "union". It is a union of breath and the body, the mind and muscles and most importantly, union of the self to the divine. What can be a better place to become "united" other than the sacred banks of Ganga river. To promote the ancient science of Yoga, a weeklong event is organised in the first week of March by the State Tourism Department in Rishikesh (Himalayan Foothills) every year. The event was first held in 2001 besides the bank of river Ganga and has been enlightening people ever since. 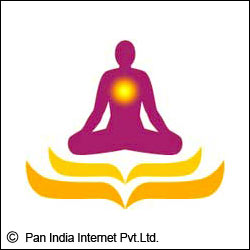 Parmarth Niketan Ashram organizes the Yoga week in Rishikesh in Uttarakhand, an ideal place to play host to such an event. It is a picturesque town located in the hills of Uttaranchal and is extremely close to nature with the sprawling green trees. The major highlights of this yoga week are detailed lectures and demonstrations of various yoga postures by prominent exponents. Every year, the yoga week showcases practicing and learning yoga from the trained Yoga masters, where the art flows in the family from one generation to the other. Many Yoga gurus and spiritual masters will be attending this event and special satsangs will be organised for the visitors.

The International Yoga Week gives you a way out from your regular juggling life and allows you to spend a few tranquil days to communicate with your inner self. Yoga practices have also received accolades in many countries and people from all over world come to participate in this event.

Every year, this International Yoga week, begins on 1 March and is carried out till 7 March. This is an opportunity for all the Yoga enthusiasts to learn Kundalini Yoga, Reiki, Pranayama, Hatha Yoga, Yoga Nidra, Power Yoga, Pranic Healing, Yoga Therapy, Music Therapy, Meditation, Nada yoga, and much more.