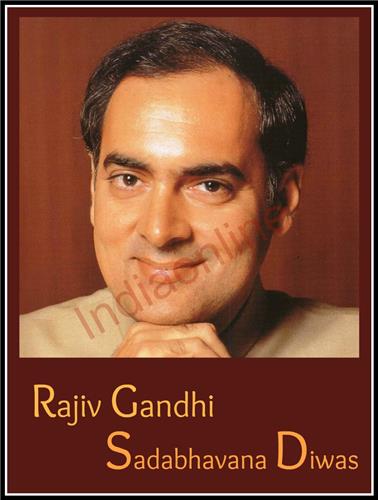 Sadbhavna Divas is celebrated annually all across the country on August 20. The day is also referred as Harmony Day. Late Prime Minister of India, Rajiv Gandhi is commemorated on this day as Aug 20 marks the birth anniversary of former Prime Minister.

The literal meaning of Sadhbhavna “having good feelings for others” and this was only the mission of Rajiv Gandhi government. As he believed in peace and harmony all around thus celebration of Rajiv’s birth anniversary as Sadhbhavna Diwas is a step towards his left over mission.

“I take this solemn pledge that I will work for the emotional oneness and harmony of all the people of India regardless of caste, region, religion or language. I further pledge that I shall resolve all differences among us through dialogue and constitutional means without resorting to violence."
Add comment
JComments