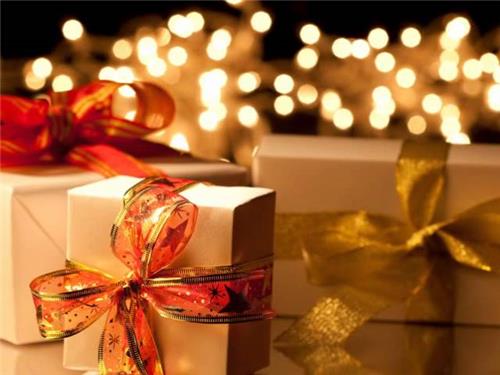 There are many reasons to get excited about Christmas – the family bonding, the decorations of fir trees and the house, the scrumptious food. But the thing that causes the biggest anticipation is the presents. Stores scream discount prices, packing papers are sold out. The Christmas season is one of the busiest shopping seasons of the year.

The tradition of buying and receiving gifts has been such an inseparable part of Christmas celebrations that one almost feels it has existed since the birth of Christ, yet that is not so. It has a curious and colorful history, one that came to be shaped by the assimilation of numerous customs over time.

Christmas became associated with the tradition of exchanging gifts centuries after Christ’s birth. In fact, Christmas itself received a fixed date only when Pope Julius I adopted it in 350 AD, and attained the status of a civic holiday under Emperor Justinian in 529 AD.

The tradition of Christmas gifts was mainly popularized by the early Catholic Church. In Pre-Christian Rome, the lowliest and most despised citizens had to present gifts to the emperors during Saturnalia (a pagan celebration held in December). Gradually, the general population adopted the custom of giving presents to each other, and this was integrated into Christmas celebrations by the Catholic Church. Another factor that contributed to this blending was the Church’s growing endorsement of St. Nicholas, the fourth-century Bishop of Myra, a saint popular with the masses for his legendary gift-giving. With the passage of time, this tradition grew. In the middle ages, French nuns gave presents to poor people to mark St. Nicholas’ Eve, and the feudal lords would distribute useful items like clothing and firewood to their serfs during the Twelve Days of Christmas (December 24 to January 6).

By nineteenth century, it had become a full-fledged feature of the festival, with stores beginning to place ads in newspapers in 1820. In 1827, Christmas shopping had become such a hugely accepted ritual that Macy’s in New York City stayed open till midnight.

The long-winded history notwithstanding, exchanging gifts on Christmas has highly significant connotations for Christians. On the night of Jesus Christ’s birth, the Three Wise Men came to visit him, guided by the Star of Bethlehem. Each of them bore a gift: the perfumes Frankincense and Myrrh, and gold. Many agree that this was the first instance of giving presents on Christmas. So, it is not altogether an alien concept.

Today, Christmas presents are a primary feature of the festival, no matter what church or denomination a person may follow. Children eagerly wait for Santa Claus to arrive, leaving milk and cookies or mince pies for him. Stockings are hung on the mantelpiece so that presents can be stuffed safely inside them. Sometimes, they are left under the illuminated Christmas tree. The adults, on their part, go into frenzy selecting, buying and then wrapping the gifts on time. While this is not about getting somebody the best and most expensive gift available in the market, it is certainly a tradition that adds to the merriment and generous spirit of Christmas.